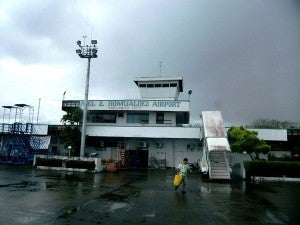 TACLOBAN CITY, Philippines — The Department of Health is mobilizing up to 800 doctors to attend to the medical needs of people expected to attend the Mass to be presided by Pope Francis in January 2015 at the Daniel Z. Romualdez Airport.

Dr. Fidelita Dico, emergency medical services coordinator, said during a press conference on Monday, some 120,000 to 150,000 have been projected to attend the 10 a.m. Mass of the Pope.

During the event, the DOH will deploy 700 to 800 doctors at several strategic areas at the Mass site and 20 to 25 ambulances will be on standby to rush ill patients to eight designated “Papal hospitals” in Tacloban City and nearby Palo town.

Fr. Amadeo Alvero, social communications director of the archdiocese, said that while the sick and the elderly would like to see the Pope, they have been advised not to attend the Mass for their own welfare.

“Our Pope would really like to meet the sickly and the old during his apostolic visit here in the Archdiocese of Palo but we advise them to go to the Pope Francis Center for the Poor where an area will be designated for them,” Alvero said.

The Pope is to arrive in Tacloban on Jan. 17. He will hold a Mass at the apron of the DZR Airport and will motor to Palo, where he will inaugurate the Pope Francis Center for the Poor and host a lunch for 30 survivors of supertyphoon “Yolanda” (Haiyan) and the earthquake survivors from Bohol in 2013.

Read Next
Iloilo ex-gov Niel Tupas Sr. indicted over electricity deal
EDITORS' PICK
Heads may roll at BOC, says Palace if sugar smugglers are allowed to use recycled import permits
What to watch out for when selecting a video surveillance solution
Apple warns of flaw that lets hackers into iPhones, Macs
House energy committee chair Arroyo bats for cheap electricity
46% of schools nationwide to have full face-to-face classes on Aug. 22
vivo brings to the Philippines a powerful smartphone with a slimmer body, the vivo Y02s for only PHP 6,499
MOST READ
DepEd to give teachers P5K cash allowance within first week of classes
LOOK: Miel Pangilinan dazzles in glittery pre-debut shoot
DOJ indicts bank officer in $2.1 billion Wirecard fiasco
PH importing sugar after all: Marcos okays 150,000 MT
Don't miss out on the latest news and information.