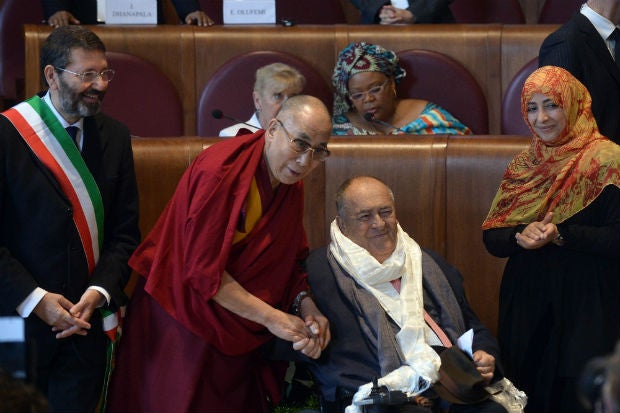 “This threat arises from the continuing view of some great powers that they can achieve their goals through military force,” said the peace winners in a press release at the end of a summit in Rome.

They highlighted the conflict in Ukraine, which they said was “threatening the stability of Europe”, as well as conflicts in Syria, Iraq, Israel and the Palestinian territories, Afghanistan and South Sudan.

They underlined the threat of fanaticism in the guise of religion and expressed concern about an “increasingly dangerous turn” in events in the Middle East.

The wonders of folk Catholicism

US Army may station tanks in Eastern Europe–general