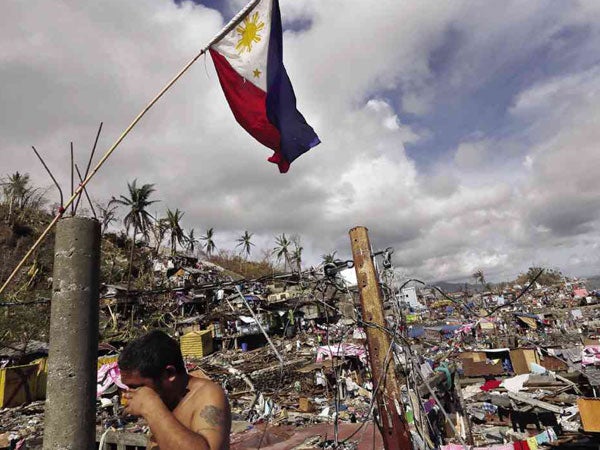 A survivor wipes his face before a Philippine flag in typhoon-ravaged Tacloban, a city short of food and water, and littered with countless bodies. AP FILE PHOTO

MANILA, Philippines–Typhoon Ruby (Hagupit) was on Sunday churning across the Philippines, the latest in a never-ending series of often-deadly storms that plague the Southeast Asian archipelago.

With more than 7,100 islands, the country is hit by an average of 20 typhoons or tropical storms each year.

The storms are created above the warmer waters of the Pacific Ocean near the equator, and the Philippines’ islands are often the first major landmass they hit as they move northwest.

The following are the 10 deadliest typhoons on record in the Philippines*.

* Data is from government records and those compiled by David Padua, a meteorologist for weather forecasting website The Weather Philippines Foundation.