Albay declared under state of calamity 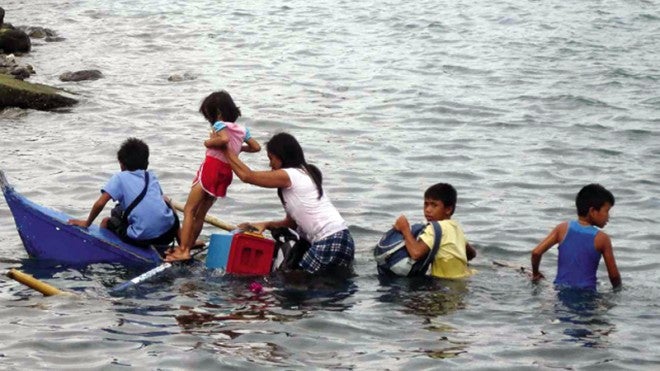 LEGAZPI CITY, Philippines—The entire province of Albay has been placed under a state of calamity due to the threat posed by Typhoon Ruby (international codename: Hagupit).

Upon the request of Albay Governor Joey Salceda, the Sangguniang Panlalawigan (provincial board) declared a state of calamity in the province in a special session Saturday that quickly passed Resolution Number 109-2014.

Salceda sought the declaration to allow the provincial government ready access to its calamity funds needed to move over half a million of the province’s population out of harm’s way.

Salceda said more than half of the 1.2 million population of Albay would be forced to evacuate due to the threats of storm surges, landslides, flooding, strong winds and lahar flows from the still restive Mayon Volcano.

“To achieve a ‘zero casualty goal’ we have to utilize our funds for quick response of evacuation,” he said.

Salceda said Albay would be using P15 million for this disaster operation.

Different local government units in Albay have started their evacuation efforts since 7:30 a.m. to complete the evacuation of 666,728 persons or 128,217 families before 6 p.m. Saturday.