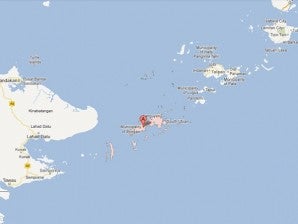 ZAMBOANGA CITY — A policeman went on rampage inside Camp Alejandro Suarez in Bongao, Tawi-Tawi, Thursday night, killing a colleague with his rifle and wounding two others, before he was killed six hours later.

Chief Supt. Noel delos Reyes, director of the police in Autonomous Region in Muslim Mindanao police, told the Inquirer Friday that PO2 Mario Tobias of the Regional Public Safety Battalion assigned in Sulu went berserk inside the camp—where he was spending his break — around 8:15 p.m. Thursday.

“He indiscriminately fired his M16 rifle at the Provincial Headquarters compound that resulted in the death of one police officer and the wounding of two others,” Delos Reyes said.

He identified the slain policeman as PO2 Alano Julwahid while the wounded ones were identified as SPO4 Norulla Kamaludin and PO1 Bee Gubat Tetty.

Delos Reyes said Tobias fled after the shooting but was pursued by members of the 51st Special Action Company, the local police force and the Marines.

The pursuing law enforces finally cornered Tobias around 2:06 a.m. Friday but instead of yielding, he traded shots with them, he said.

He said the Bongao police suspected that Tobias was under the influence of drugs.