CALBAYOG CITY, Philippines —The Samar provincial board has preemptively declared a state of calamity in the entire province to be able to mobilize resources in putting up defenses from Super Typhoon “Ruby” (Hagupit), saving lives and protecting property.

Board Member Allan Diomangay said that the declaration would fast-track the purchase of goods that would be used in the relief operations for families to be displaced by “Ruby.” 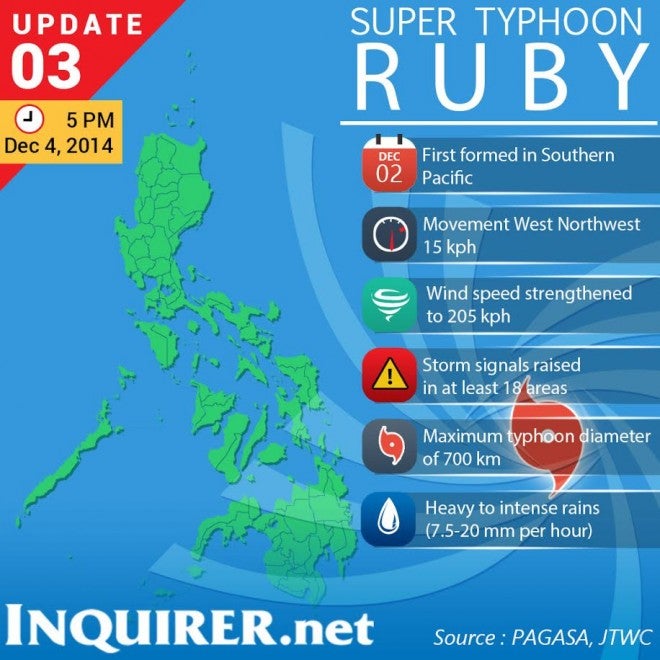 Samar officials were learning from their experience during Super Typhoon “Yolanda” (Haiyan) where two of its towns – Basey and Marabut – were devastated.

In Calbayog City, the City Disaster Risk Reduction and Management Council ordered the preemptive evacuation of at least 20,000 families from 21 coastal barangays (villages) in 52 evacuation centers.

At the capital city of Catbalogan, Mayor Stephanie Uy-Tan ordered the suspension of work in government offices, except those involved in rescue and relief operations.