Manila back in the black, says Mayor Estrada 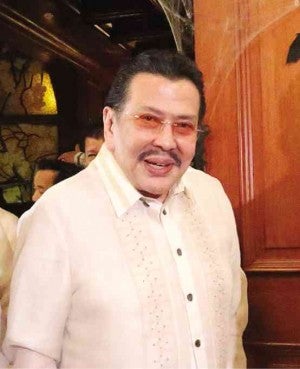 For Manila Mayor Joseph Estrada, the nights of tossing and turning and agonizing over the city’s budget—or the lack of it—are over.

According to the former President, he can finally look forward to getting a good night’s sleep after noting an improvement in the city’s financial standing.

Estrada said that when he took over as mayor in 2010, the city had a deficit of P4.4 billion. Unfazed, he told barangay officials, that Manila would be debt-free by 2015.

“I have to admit that sleep rarely visited me since I inherited Manila’s fiscal problems. I could not sleep even after taking sleeping pills,” he said on Monday at the two-day Manila City Development Council convention held in Baguio City.

Thanks to improved revenue collections—largely due to updated fair market values for real property and a new revenue code—Manila’s financial standing is looking better, an achievement Estrada trumpeted in his state of the city address earlier this year.

With the city back in the black, public gymnasiums, sport centers and swimming pools can once again be used by residents free of charge starting in January, he said. The city government began charging a fee for the use of these facilities when Estrada took office in 2010.

During the Baguio convention, Estrada also told Manila barangay officials that the city government now has “greater room to finally implement the projects and programs that have been shelved for years, [with] emphasis, of course, on those that will benefit our 896 barangays and their combined 1.8 million residents.”

One of these was the release of the annual city aid fund from 2012 to 2014 for every barangay amounting to P1,000 yearly. Next year, however, the annual allocation would go up to P12,000 on the strength of a city ordinance, Estrada said.

He added that the city government was also opening a dialysis center in the next few days for the city’s indigent residents.