Last batch of Liberia peacekeepers back in PH 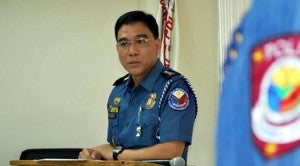 MANILA, Philippines — The last batch of Philippine National Police (PNP) peacekeepers from Ebola-hit Liberia is back in the country.

The lawmen, led by United Nations Mission in Liberia (UNMIL) Deputy Commissioner Senior Supt. Cesar Binag, were brought to the Armed Forces of the Philippines Medical Center for a 21-day quarantine period.

Filipino peacekeepers returning from Liberia are isolated for 21 days to make sure none of them contracted the deadly Ebola virus, which has killed around 6,000 in that country and in at least two other West African nations.

On November 12, the first batch of 133 peacekeepers from the PNP, AFP, and the Bureau of Jail Management and Penology arrived and were brought to Caballo Island for the three-week quarantine.

The PNP has been sending contingents to UN peacekeeping operations and missions since 1992.

Mayor said the PNP would honor the 24 PNP men who served in Liberia this Tuesday afternoon at the police headquarters in Camp Crame.

The peacekeepers will be awarded with the UN Service Medal and a 9-mm Glock pistol in honor of their “sacrifice and courage in their mission.”

No-fly, no-sail zone at Caballo Island where peacekeepers are quarantined for Ebola