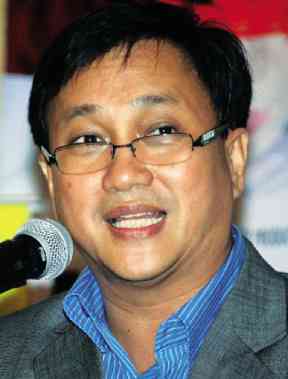 In a statement on Monday, Tolentino said the testimony of the law student that came out over the weekend was a move from the camp of Joseph Russel Ingco, the owner of the luxury sports car, to “confuse the issue.”

The female victim, who requested anonymity, said in television interviews that Adriatico spat on the road, insulted her and cursed in front of her after she sought the enforcer’s help when her car got hit on Banawe Street in Quezon City.

The woman also said that Adriatico took a video of her as they argued—similar to what he did with Ingco that irked the 39-year-old businessman.

But based on the account of the MMDA, it was the law student, whose illegally parked vehicle was hit by another, who hurled invectives at Adriatico.

The MMDA said the law student got impatient when Adriatico told her that she had to wait for the driver of the vehicle that bumped her to settle the accident.

The parties involved in the accident later agreed to settle amicably. The female victim said on TV that she decided not to file a complaint against Adriatico.

Tolentino said the alleged incident had “no relation at all” with the altercation between Adriatico and Ingco last Thursday on the intersection of G. Araneta and Quezon Avenues in Quezon City.

“I think the camp of the Maserati driver is confusing the issue by using a totally unrelated incident. Besides, Adriatico is not the accused here, they are just trying to destroy his credibility and character which is not allowed by the Supreme Court,” he said.

The MMDA chairman added that the claims of the law student will “only muddle” the case involving Adriatico and Ingco.

“The law student is welcome to file a complaint against Adriatico and an administrative hearing will be conducted, but right now wala pa,” Tolentino said.

He also defended ‎Adriatico using his cell phone to take videos, saying it was a standard procedure for enforcers to document traffic-related incidents.

The videos could be used for “credibility purposes.” Tolentino said enforcers were encouraged to take videos of such incidents particularly in areas without closed-circuit television cameras.

“Again, let us not mislead the issues here. The Maserati incident is totally unrelated to the alleged Banawe incident,” Tolentino added.