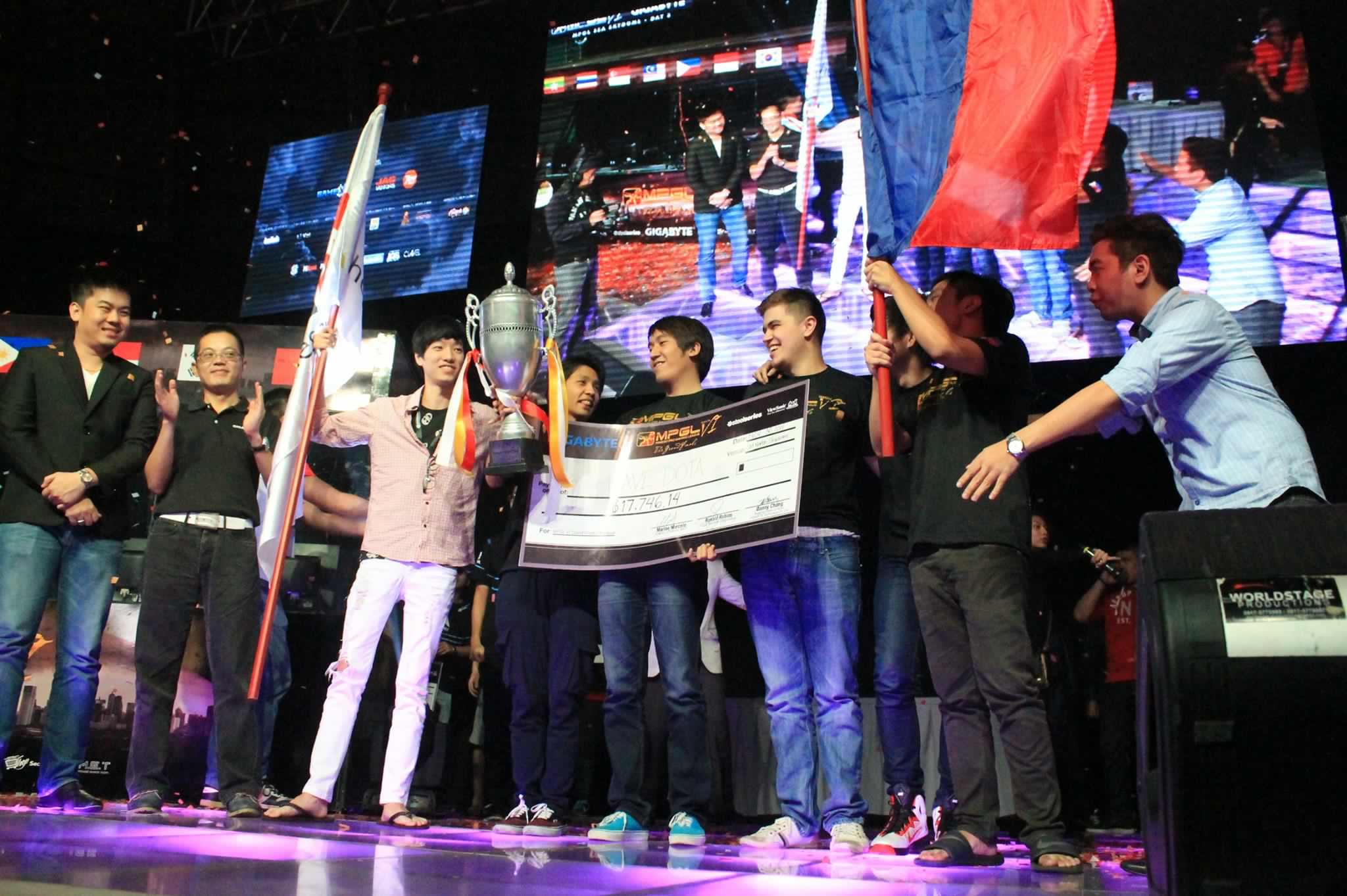 The crowd rumbled with energy. Every time a two-bladed warrior escaped the enemy, cheers and squeals echoed throughout the dome. In a flash, the warrior slew a mythical creature—a Gorgon—and the crowd went wild again.

It was not Pacquiao fight night or a Gilas Pilipinas game at SM North Edsa’s Skydome yesterday, Sunday; it was a Southeast Asian Dota 2 Grand Finals tournament.

Dota 2 is a popular Massive Online Battle Arena (or MOBA) game where two teams—the Radiant and the Dire—are pitted against each other. Each team has one goal: to take control of the map and destroy the opposing team’s ancient central structure.

“MPGL has always been about slowly but surely progressive growth for eSports. Due to MPGL’s consistency in supporting the scene, the players now have an environment where they can showcase and hone their skills—increasing their competitiveness to a global scale,” Mr. Ronald “Roro” Robins, Mineski CEO, said in an interview with eSports Inquirer.

Despite the presence of favored Malaysia, Skydome witnessed an all-Filipino showdown in the grand finals, between the first Overseas Filipino Gamers (OFG), Rave-Dota, and Cebu’s fighting pride, Arcanys Gaming.

In the final match, Rave demonstrated their dominance after they dismantled Arcanys Gaming through early aggression and flashy plays. Entering the weekend, Rave was identified as one of the top contenders after they consistently showed great skill in other international tournaments, even attracting the attention of Chinese powerhouse teams who have since served as their scrimmage partners during their stay in Korea.

In the end, Rave took the title from the Cebu-based team by three matches to one, owing one win to their winner’s bracket advantage. In each game that they won, Rave took decisive control of the map by utilizing their superior early-game heroes that brought the pressure to Arcanys.

“It’s a good feeling. It has been a long time since we were called champs,”  said Michael “Ninjaboogie” Ross, Rave-Dota’s support player. “We’ll be heading back to Korea tomorrow. We’ll just rest and train. Train for i-League and StarLadder.”

“We want to  give hope to everybody that there’s really a bright future for eSports. That’s why we have to come up with a significant amount to attract the media and encourage the players to take the game seriously, that they could really earn some money out of being an eSports athlete,” Robins said.

“MPGL is a good momentum for the team. It’s a good start for The International 5 [considered the World Cup of Dota 2]. We’ll just split up the money and just rest,” Pyong Kwon, Rave-Dota 2’s manager, said.

The prize pot had a base pool of P1 million pesos which increased gradually due to contributions from the supporters who directly donated to the event or bought the virtual in-game MPGL bundle.

Execration or XCTN, which was the sole Asian representative to StarLadder X—an international Local Area Network (LAN) tournament in Ukraine—got eliminated by Team Malaysia in the first round of the loser’s bracket.

The other two Filipino teams were seeded in their respective ladder losers bracket.Click ‘N Search or CnS defeated two Thai teams, iDeal Gigabyte and Awake, but they fell short against fan favorite Team Malaysia, missing a quarterfinals slot. On the other hand, the ultimate wildcard winner, MSI.Evo GT, almost had a Cinderella run after defeating South Korea’s MVP.Hot6ix, Myanmar’s Gse7en and Philippines’ kryptonite, Thailand’s finest, MiTH Trust, but got eliminated by the Singaporeans, Insidious Idol—suffering the same fate as CnS.

“I’m quite happy with the result especially. So we can only imagine if there’s no MPGL, what would Arcanys be today and where would they be? How would they get discovered? How can they get invited to bigger tournaments outside the country—Starladder, Beyond the Summit and others—if we don’t have a main stage for SEA? So that’s what MPGL season 6 did for the scene,” Roro said.

“There should be an economy that revolves within the eSports community for it to survive. We have to build a structure where it’s a win-win situation for all: the community and fans, players, and investors and organizers.”