Early this month, the Senate blue ribbon committee said it would open an inquiry into the alleged P900-million Malampaya Fund scam.

Sen. Teofisto Guingona III, committee chair, said he was finally able to schedule the hearing because of the availability of a state auditor to testify in the investigation.

“More or less Susan Garcia is free … that will happen in the latter part of November,” Guingona said, referring to the auditor from the Commission on Audit’s special audits office.

The committee had originally set the first hearing on the Malampaya Fund scam for October but had to reset it because COA Chair Grace Pulido-Tan and Garcia were abroad.

Last month, detained Sen. Jinggoy Estrada criticized Guingona for his handling of the P10-billion pork barrel scam investigation and the delay in investigating alleged irregularities in the use of the Malampaya Fund. 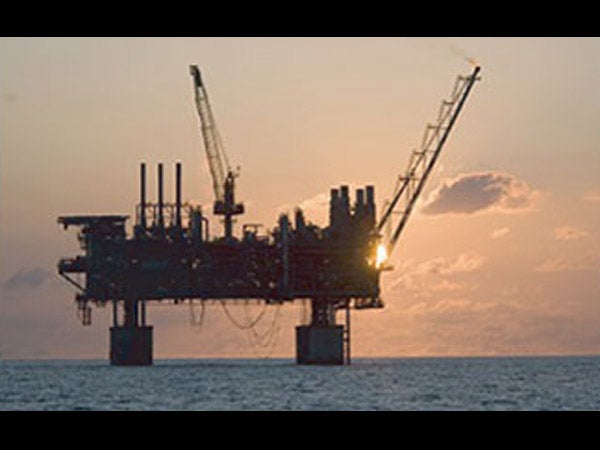 The Malampaya gas project in Palawan. PHOTO FROM MALAMPAYA.COM

Malampaya funds represent the royalties that the government collects from the Malampaya gas project off Palawan Island.

Started in 2002, the $4.5-billion project involves the extraction of natural gas from the waters off Palawan.

It is operated by Shell Philippines Exploration BV and Chevron Malampaya Llc., which holds controlling shares in the project. PNOC Exploration Corp. holds a minority share.

The service contract provides for a production-sharing scheme in which the government gets 60 percent of earnings from the operation, after deducting certain charges.

In November last year, Guingona said he would call a hearing on the Malampaya Fund scam after the inquiry into the pork barrel scam.

Guingona made the statement days before Janet Lim-Napoles, the alleged brains behind the pork barrel scam, appeared at the Senate inquiry into the abuse of the Priority Development Assistance Fund (PDAF).

Earlier, Majority Leader Alan Peter Cayetano filed a resolution seeking an investigation of the alleged embezzlement of P900 million from the Malampaya Fund in 2009.

Cayetano said he had asked Guingona to open hearings on the Malampaya Fund scam.

“So that every issue that’s coming out is investigated, and since this is open, the public would see who’s stealing from the country’s coffers, where the funds are going, and what is happening,” he said.

The Malampaya scam involved the alleged diversion of proceeds from the gas project off Palawan to spurious beneficiaries.

The amount, allotted for the rehabilitation of farms in 97 towns devastated by powerful storms, was allegedly siphoned off and channeled to questionable foundations, mostly associated with Napoles.

In April, almost eight months after the opening of the Senate inquiry into the pork barrel scam, Guingona released a draft report on the committee’s PDAF hearings, recommending the filing of criminal charges against Senators Jinggoy Estrada, Juan Ponce Enrile and Ramon Revilla Jr., Napoles and a raft of former and current government officials.

Following the release of the Napoles list containing names of senators involved in the scam and a subsequent special report by the Inquirer on the contents of a hard disk drive it received a year ago from whistle-blower Benhur Luy, Guingona said the committee had to compile all affidavits before it decided to resume the hearing.

He indicated the next investigation would tackle the Malampaya Fund mess.–Inquirer Research