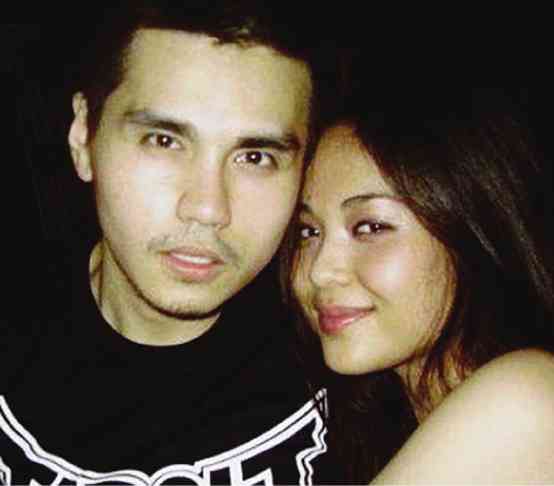 Except for Mara, who is believed to be still out of the country, the suspects are under detention.

The murder case is being tried by the Parañaque Regional Trial Court Branch 274, presided over by Judge Fortunito Madrona.

Police investigation found “personal motive” behind the killing, with disagreement over the division of the P1-million monthly allowance of the Bautista children from their father among the issues raised.

Ramgen handled the allowance, which covered the expenses of the nine children. Magsaysay had a separate allowance from Revilla, a former movie actor and also the father of Sen. Ramon Revilla Jr., his better-known son by his second wife.

Manahan told investigators that she was in the room when Mara knocked on the door to borrow a video camera. The door was left open and a masked man barged in and shot Manahan in the jaw. She was also stabbed twice in the chest, but she survived.

Ramgen, who was in the room and came to Manahan’s aid, was shot and stabbed repeatedly. He was rushed to Parañaque General Hospital, where he was pronounced dead on arrival at 12:15 a.m.

The following day, Ruel Puzon gave a statement to the Parañaque police saying that Visda and De la Cruz had asked him and Lloyd Comeda to kill Ramgen.

Nartea and Tolisoro were arrested in Parañaque on Oct. 31. RJ was arrested later in Bacoor City, Cavite province. Police filed charges against the seven suspects the following day.

On Nov. 4, Mara, who is married to a Turkish national, Engin Tuna Bulbuloglu, flew to Hong Kong, where she took a connecting flight to Turkey.

She had since reportedly traveled to neighboring Cyprus to evade Turkish journalists.

Ramgen’s personal assistant, Ronaldo Angcajas, as well as two security guards, reportedly saw RJ and Mara leave the subdivision on the night of the murder.

Further investigation showed that the gunmen were promised P200,000.

Puzon said the first attempt to kill Ramgen was planned for Oct. 12 but was called off.

Nartea and Tolisoro, however, said that while they were involved in the planning, they backed out at the last minute.

Puzon and Comeda were supposed to finish the job but they said they, too, backed out at the last minute.

Speculation arose that RJ was the masked attacker of Manahan and Ramgen.

On Nov. 15, Visda and De la Cruz turned themselves in and claimed that another sister of Ramgen, Gail Bautista-Furuyama, was involved in the murder.

They also said Pastera was the one who asked for their help in killing Ramgen.

On Jan. 11, 2012, RJ and the five other accused filed a petition for bail. Six days later, RJ, Nartea and Tolisoro were arraigned. They pleaded not guilty.

On Jan. 24, Pastera surrendered to the National Bureau of Investigation. He denied any involvement in the killing and said he did not know any of the witnesses.

On Oct. 23, Manahan took the witness stand. She narrated how the siblings had been “having problems” in the years before Ramgen’s death.

Another cause of friction among the siblings, she said, was the actor’s “anger management problem” and tendency to get violent.

On Feb. 29, Mara was placed on the International Criminal Police Organization (Interpol) wanted list and red notice list. Red notice means the wanted person should be arrested for extradition.

The government, however, could not ask the Interpol to hunt down Mara, as no warrant was issued for her arrest.

Manahan filed murder and frustrated murder charges against Gail and her husband, Hiro, but the charges were dismissed by State Prosecutor Lamberto Fabros of the Parañaque City Prosecutor’s Office.

“Probable cause has not been established” to support the charges against the couple, according to a resolution dated Aug. 16 and released on Sept. 4.

In September 2013, Judge Madrona denied the petition for bail of RJ, Visda, De la Cruz, Nartea and Pastera. Only Tolisoro was allowed bail of P200,000 after the court found insufficient evidence against him.

On Oct. 18, RJ filed a motion for reconsideration, saying the evidence against him was “so weak” that his continued detention would be a denial of his basic rights.

RJ also asked to be allowed to attend his brother’s death anniversary. He was furloughed from 12 p.m. to 6 p.m. but was in handcuffs and was escorted by several jail guards. He met with his father, who reportedly said he believed he was innocent.

Other than the court’s denial on Dec. 16 of the motion for reconsideration filed by RJ and the other accused in connection with the court’s previous denial of their bail petition, there is no other significant development in the case, according to Manahan’s lawyer, Argee Guevarra.

“The presentation of prosecution evidence continues,” he said.