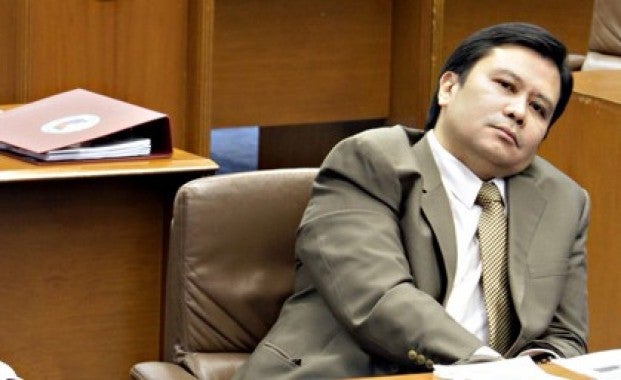 In a motion filed before the anti-graft court’s fifth division, the AMLC said it could not be compelled to disclose documents unless a money-laundering case is being heard by a court.

Estrada also failed to justify why there is a need to subpoena the documents, the AMLC said.

It said he failed to show that the presentation of documents would disprove the allegations against him. Estrada is being accused of receiving P183.79 million in kickbacks for his involvement in the pork barrel scam.

“If the AMLC report would show that the bank accounts of Benhur Luy et. al. indeed received part of the PDAF (Priority Development Assistance Fund) allocations, such fact does not necessarily negate the possibility that Estrada amassed, accumulated and/or acquired the amount of P183.79 million…” the AMLC said.

The AMLC also said releasing its bank inquiry report on whistleblowers would violate the Bank Secrecy Law since it contains information of other persons who are neither subjects of the subpoena nor respondents to the case.

It added that only the Court of Appeals is mandated to authorize the disclosure of information of a freeze order. The whistleblowers’ bank accounts were ordered frozen by the Manila Regional Trial Court due to the scam.

He said it will show whether the whistleblowers also benefitted from the scam.

State prosecutors opposed the request, saying Estrada did not even specify the types of documents he wanted, making it obvious that he is on a “fishing expedition.”

“The request is so broad in nature as would require the AMLC to produce voluminous documents and records containing information that may have neither value or relevance…” the opposition read.

Estrada faces plunder and graft charges for his alleged involvement in the pork barrel scam. He is detained at the Philippine National Police Custodial Center with co-accused Senator Ramon Revilla Jr. Meanwhile, Senator Juan Ponce Enrile is in hospital detention for plunder.

Accused mastermind Janet Lim-Napoles, who employed the whistleblowers before they turned their backs on her, is locked up at the Camp Bagong Diwa female ward for plunder.