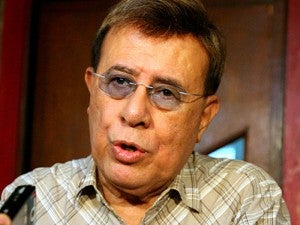 In an interview, Morato said on Thursday he had “no knowledge” of Condominium Unit 906, which Mercado was referring to, as well as a certain “Celso Santiago” who allegedly secured it for the Vice President when Binay was mayor of Makati to hide the ownership of the property.

“[Mercado] must have been referring to the Makati Sunrise Towers project in 1990, which TF Ventures, our business group, was not a part of,” Morato told the Inquirer.

“I don’t know of any dummy or whatever happened during that time when the Sunrise Towers group was planning a condominium-hotel project. I never met them. I can’t speak on their behalf because our group was totally out of the picture then,” he said.

“We only came into the picture several years later. That is why, I have no knowledge of what took place in 1990,” Morato said.

On Tuesday, Mercado told the Senate blue ribbon subcommittee that real estate developers gave away units in their condominiums in exchange for tax and building concessions and that this was an “open secret.” Five of the country’s major property builders have denied Mercado’s allegation.

“When we took over the Sunrise Towers project in the mid-1990s, it was only on its foundation stage, of which I was not part of. It’s a mere skeleton up to the second floor,” Morato said.

“I learned from my lawyers that Sunrise Towers had engaged in pre-selling their condo units that had yet to be put up. Financing ran out. They apparently issued contracts to sell but we canceled them because we were pushing for a full-fledged hotel project,” he said.

Morato said it took TF Ventures eight years to build the first 15 of the planned 26 floors on Makati Avenue of what they called Astor Hotel.

“We built hotel rooms, not condominium units,” he said.

Morato also clarified media reports that in 2003, he begged Makati City Hall officials and even cried after they were supposedly given a hard time in securing project permits.

“There was no need for that,” he said. “I didn’t see any problem that I had to beg or cry because then Vice Mayor Mercado graciously granted our request for a soft opening of Astor Hotel in 2003 … Because of their prompt action, we were able to issue the invitations for the soft opening of the first 30 hotel rooms, and I thank him for that.”

Morato said TF Ventures “didn’t ask for any favors from anyone.”

“You can ask Vice President Binay,” he said. “I know him and his wife Dr. Elenita socially. We’re friends, but we’re not close … In the entire duration of our hotel project, I had never gone to City Hall to seek for then Mayor Binay’s assistance. Neither did I see him come and visit Astor Hotel,” he said.

Mercado told the Senate panel investigating Binay’s alleged ill-gotten wealth that the Vice President received a unit in most of the condominium buildings constructed in Makati during his watch in exchange for favors, except from those owned by the Ayalas, a charge the Binay camp strongly denied.

According to Morato, he would “never agree to you-give-me-this-I-give-you-that arrangements.”

“It’s out of character for me to play that game,” he said. “Even when I was still in government service, indulging in bribery was totally out of the question.”

“I’m already 81 years old. In October 2012, I went through two heart surgeries — a triple bypass and a heart valve replacement. Spending eight months at St. Luke’s was a traumatic experience for me. I have to take things easier now. I just want to have a more private and peaceful life as I continue to pray to God that I be cured and be protected, along with my loved ones, friends and people I know,” he added.

Morato was placed on hospital arrest on plunder charges in connection with alleged misuse of PCSO funds. He is out on bail.