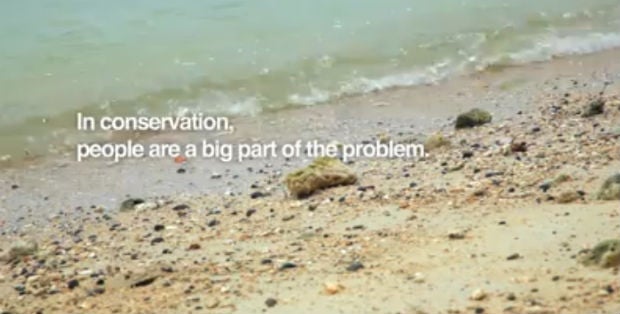 CEBU CITY, Philippines – Jojo de Lima used to go out to the shore and gather shrimps, fish, sting rays, and crabs within less than half an hour. But today, he can no longer do that.

De Lima is among the millions of Filipinos whose means of livelihood depend on the sea.  But unlike before, the sea is now in a terrible state and constantly under threat, so is De Lima’s source of income.

According to  Rare Philippines, a non-profit organization focused on marine conservation, more than 1.6 million Filipinos earn a living from the 873 coastal municipalities of the Philippines.

In a data gathered by Rare, nearshore fishers used to catch 40 kilograms of fish in the 1940s but the number had gone down to three kilograms in 2000.

The rapidly declining fish harvest has force some fishermen to resort to illegal practices like dynamite fishing and using destructive fishing gears. 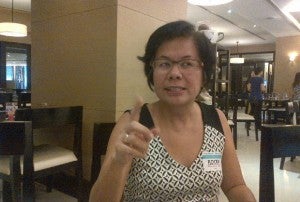 “Rare has been in the Philippines since 2010 but it has been around the world for over 20 years,” Rocky Sanchez-Tirona, Vice President of Rare Philippines said.

Tirona said Rare partnered with the Environmental Defense Fund (EDF) and the Sustainable Fisheries group at the University of California to change the behavior of local fishermen and help stop overfishing, and safeguard the food security and livelihood of many Filipinos in the coastal areas of the country.

“Changing the norm and changing the behavior of the fishermen is very important. It’s fisheries reformed. Trying to get communities to change how they really manage their fisheries,” she said.

On Wednesday, November 18, 12 conservation fellows from different parts of the country converged in Cebu City to formally kick off the Fish Forever initiative in the Philippines.

The group will undergo a three-year program where they will implement the Fish Forever scheme at their sites while learning new skills and building their own capacity to effect positive behavior change in their communities.

Twelve coastal communities in the Philippines were chosen for the implementation of the Fish Forever, which includes Masinloc, Zambales; Looc and Lubang in Occidental Mindoro; Mercedes, Camarines Norte; Gubat, Sorsogon; San Carlos City, Negros Occidental; Manjuyod and Tayasan in Negros Oriental; Libertad and Culasi in Antique and Dapa and Del Carmen in Surigao del Norte.

“What made us join Rare is because of their advocacy of behavior change,” said Melvin Maglayon, coastal resource management technician in San Carlos City.

Maglayon admitted that behavior change is very difficult, but with the Fish Forever initiative, they could instill in the minds of local fishermen the proper conservation and management of coastal resources.

He said he is optimistic that he and other conservation fellows can instill behavior change in their communities.

Tirona said conservation fellows would train local fishermen in their sites to transform them from being the problem to becoming the solution.

In partnership with the local government units, Rare would have set up marine protected areas (MPAs) to protect and increase marine production.

In the Fish Forever Initiative, managed access areas will be combined with no-fish zones. In the no-fish zone, fish sanctuaries will observe no-take rule or a complete ban from fishing.

Fishermen, however, can fish the spillover from the MPAs, as long as they are located in the managed access areas.

Litsinger said the managed access strategy has been proven successful in aiding the fisheries of Chile, Japan and other coastal areas in Asia and the Pacific.

Litsinger stressed the importance of local enforcement system to ensure that the Fish Forever initiatives and marine protection would be well guarded.

The Fish Forever Initiative of Rare goes beyond teaching the community to fish.

“The aim is not to teach a community to fish. It’s to help make sure they can fish forever,” Brett Jenks, CEO of Rare said.

Rare has also launched the “Pride Campaign” to engage communities and take pride in their way of life.

Tirona said it is a series of activities that inspires local fishermen to preserve their marine resources while giving them the tools they needed.

She said the combination of fisher empowerment, capacity building and community mobilization would make the Fish Forever initiative successful.