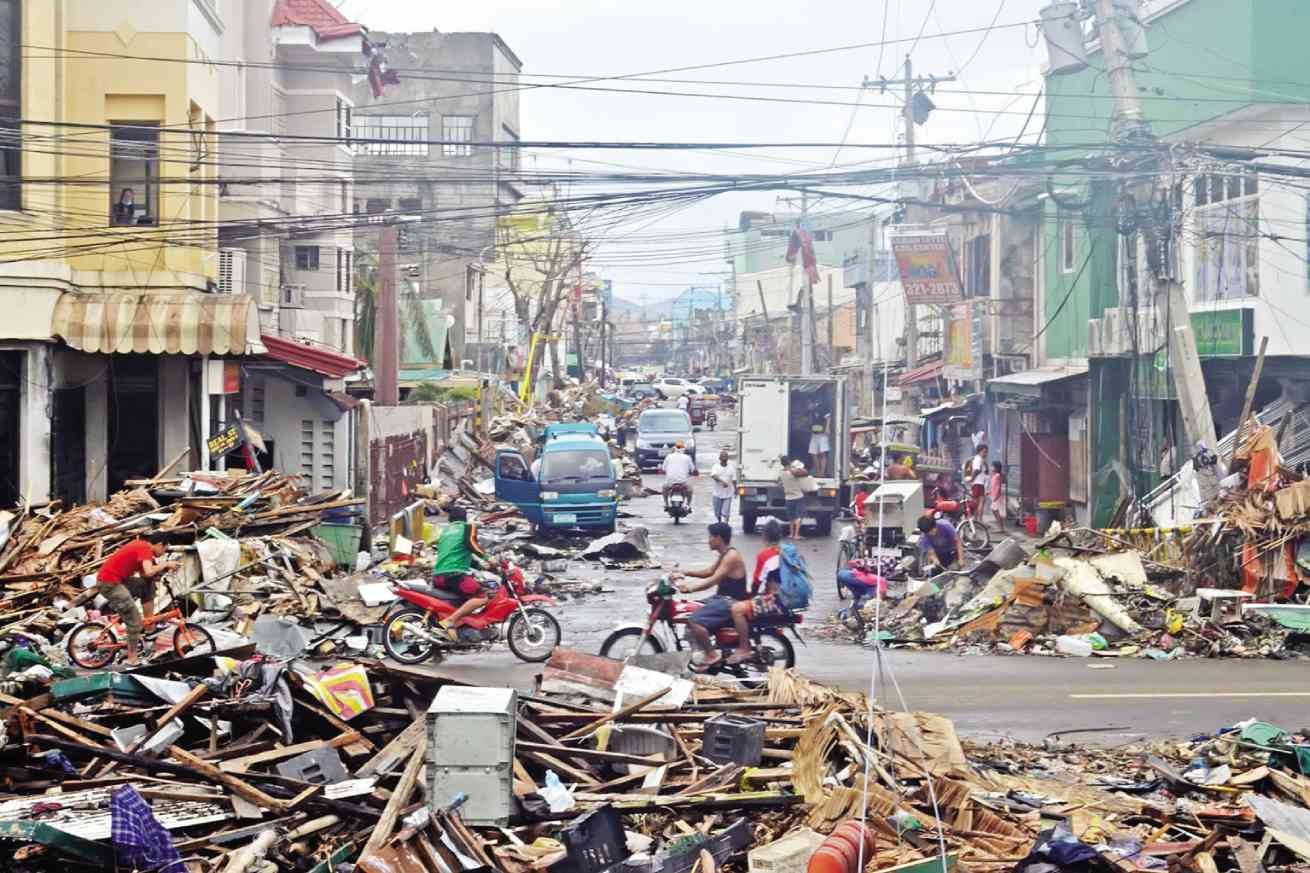 The devastation of Super Typhoon “Yolanda”

ROXAS CITY, Capiz, Philippines — Interior Secretary Manuel Roxas II has urged local government officials in towns battered by Super Typhoon “Yolanda” to submit their liquidation reports for the first tranche of cash assistance they received from the national government for the rehabilitation projects in their respective areas.

In a meeting with governors, mayors and other local officials in Western Visayas on Wednesday, Roxas said the budget for the second phase of the Recovery Assistance on Yolanda (RAY) program of the Department of the Interior and Local Government (DILG) was already available for release.

He, however, said the funds would not be distributed until the submission by local government units of their accounting of funds they earlier received.

Along with Social Welfare Secretary Dinky Soliman and Defense Secretary Voltaire Gazmin, Roxas flew here to his hometown after visiting Coron, Palawan, which was also ravaged by Yolanda, the world’s most powerful cyclone to ever hit land.

“We need to see that the projects listed in the approved program of work had already been completed before we give you the budget for the second phase of RAY,” Roxas told local chief executives during a consultative meeting held at the Aklan provincial capitol building here.

“The funds are subject to COA (Commission on Audit) audit that’s why we need to ensure that the funds were spent for the intended projects,” he added.

Roxas said a total of P2 billion had been allocated for RAY projects.

This amount was included in the P50 billion rehabilitation fund, which the Department of Budget and Management released for 2014.

Gazmin said President Aquino had approved the release of another P50.1 billion in 2015 and another P35.92 billion in 2016 under the Comprehensive Rehabilitation and Recovery Program.

Meanwhile, Soliman said the President had ordered the fast-tracking of the distribution of the P18-billion cash assistance to typhoon survivors whose houses were destroyed by Yolanda’s wrath.

She said families whose houses were totally damaged would get P30,000 while those with partially damaged dwellings would receive P10,000.