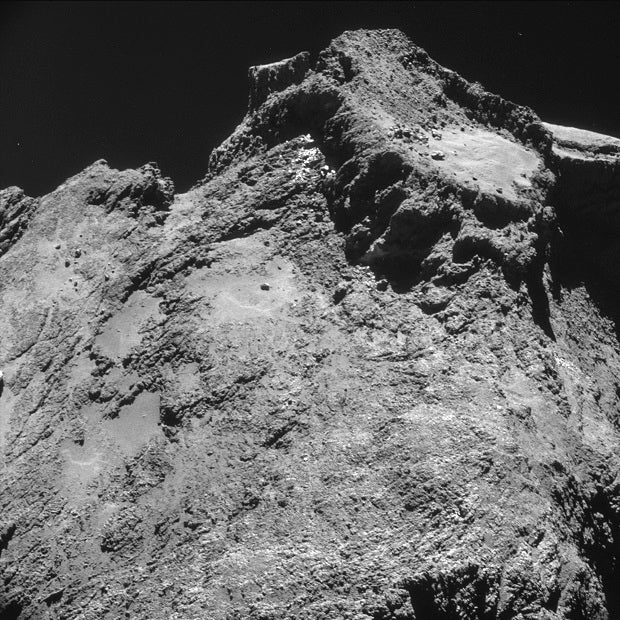 The picture taken with the navigation camera on Rosetta and released by the European Space Agency ESA shows a raised plateau on the larger lobe of Comet 67P/ChuryumovGerasimenko. It was captured from a distance of 9.8 km from the center of the comet (7.8 km / 4.8 miles from the surface) Oct. 24, 2014. On Wednesday, Nov. 12, 2014 the Philae lander will be detached from Rosetta to land on the comet. AP

BERLIN— Scientists at the European Space Agency are poised to begin a historic attempt to land a spacecraft on a comet.

It would be the climax of a decade-long mission to study the comet 67P/Churyumov-Gerasimenko.

If all goes to plan, the lander will separate from Rosetta about an hour later and drift down to the comet, where it will latch on using harpoons and screws.

Scientists hope the mission will help them learn more about the origins of comets and other celestial bodies.