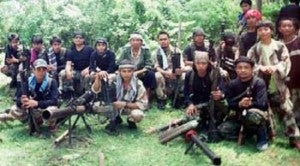 MANILA, Philippines — The military is continuing its pursuit of the Abu Sayyaf group as it discovered another abandoned enemy camp in Patikul, Sulu, on Sunday morning.

The camp, equipped with six bunkers and a training area, was believed to have been last occupied a week ago by around 30 men.

He said that as of Sunday, troops were still scouring the area as part of the military and police’s all-out law enforcement operations against the terrorist group.

Arrojado said the Abu Sayyaf group has been running out of food and places to hide as the military has been pursuing its members, non-stop.

“If the bandits converge together, they can reach around 200. They splinter into four sub groups. One has 40 members, another has 30, one has 70 and Radullan Sahiron has 70,” he said.

He said there would be no let-up in the campaign as the military scoured the Patikul area and the Talipao mountain range where the bandits were believed to be hiding.

“What is important is that they have no time to rest. They will get tired of being on the run and the troops will catch them,” Arrojado said.

The Joint Task Group Sulu commander said the Abu Sayyaf’s abandonment of its camp and temporary encampment showed that the bandits were on the run.

In previous weeks, temporary encampments of the Abu Sayyaf have been abandoned and seized by the military.

The military and the police previously launched an all-out manhunt for the terrorist group. Last week’s killing of six soldiers, including a young 2nd lieutenant, who have been guarding a Basilan road project, is believed to have been the bandits’ response to the pressure exerted by government troops hunting them down.

The casualties came a day after the military conducted air strikes against the Abu Sayyaf in Sulu.

The Abu Sayyaf is believed to be still holding at least 10 hostages despite the release of two Germans in Sulu last October.