Senate to probe another Makati building 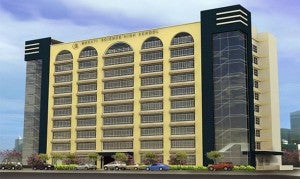 MANILA, Philippines–While the Senate blue ribbon subcommittee is delving into the Batangas farm allegedly owned by Vice President Jejomar Binay, it will later look into the construction of Makati Science High School, according to its chair Sen. Aquilino Pimentel III.

Pimentel said he had found reason to investigate the construction of the science high school because the circumstances surrounding it were similar to the allegedly overpriced P2.28-billion Makati City Hall Building II, a parking and office building that the subcommittee is currently investigating.

The inquiry into the parking building has led to allegations that Binay received kickbacks from infrastructure projects in the city when he was its mayor and used dummies to hide his wealth, all of which the Vice President has denied.

Asked for comment on the Senate plan to investigate the science high school building, Joey Salgado, a Binay spokesman, declined to reply, saying he would give his response only after the story was published.

Records showed that Makati Science High School was bid out on the same day as the first phase of the Makati parking building and that the same members of Makati’s bids and awards committee (BAC) handled the transaction, according to Pimentel.

But he pointed out that JBros had denied participating in any bidding for a Makati project.

Alejandro Tengco, chief operating officer of JBros Construction, earlier testified that from the time JBros was established in 1999, it never submitted a bid for or even purchased bidding documents for any infrastructure project in Makati City.

“Because of the closely similar circumstances, I agree that we should also look into this,” Pimentel said.

He said he wanted to know whether Hilmarc’s was a favored contractor or if it won objectively because of its competence.

The bidding for the parking building was rigged to let Hilmarc’s win, Hechanova testified at the Senate.

Pimentel said that while the Makati Science High School building was not expressly mentioned in the resolution filed by Sen. Antonio Trillanes IV seeking an inquiry into the parking building, the school fell under “related anomalies” that was also the subject of the resolution.

But the senator also said he would request other members of the subcommittee to limit their questions to the subject matter of the resolution.

Mercado has alleged that Hilmarc’s was forced to inflate its costs for the parking building because it was not paid for the work on the 350-hectare agricultural estate in Rosario town in Batangas province.

Binay has denied owning the Batangas farm. Businessman Antonio Tiu has come forward to say he owns the property and that he bought it from Laureano Gregorio.

The Binay camp has denied that bidding exercises in Makati were rigged and claimed that the construction of the parking building was aboveboard.

It has also been critical of the Senate subcommittee hearings, contending that these were intended to persecute Binay to bring down his chances of winning the presidential election in 2016.