LEYTE, Philippines—One night after the devastating Typhoon “Amy” of Dec. 8, 1951, flooded Tanauan town for weeks, a young Catholic priest named Cipriano V. Urgel cloistered himself inside the walls of a church to pray for the dead.

Inside the chapel of the Our Lady of the Assumption Parish at Barangay Bontay, the 33-year-old Urgel prayed the responso, the traditional Latin prayer for the dead. (Prayers were said in Latin in the Catholic Church before the liberalizing reforms of the Vatican Council II of 1962.)

What happened that night has become part of the “hidden” legend about Urgel, a much-loved priest and educator who would rise to become the first archbishop of the Archdiocese of Palo in 1982.

Inside the chapel that night 63 years ago, the young Urgel was praying the “Hail Mary” in Latin under his breath, when he heard a voice from somewhere answering with the “Holy Mary,” also in Latin. But when he looked around, there was no one there but himself. 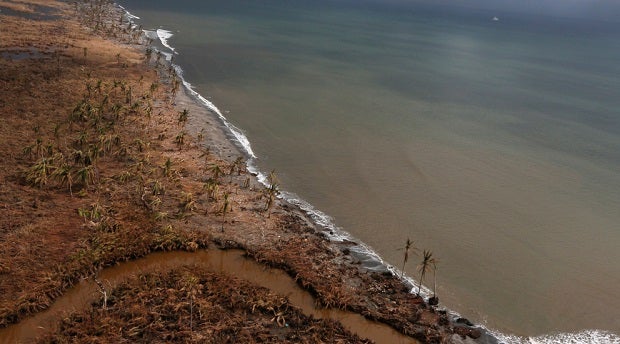 Frightened by this otherworldly experience, the priest stopped praying. He hardly slept that night. The next night, Urgel again prayed the responso. When he began praying the Hail Mary, this time several voices answered with the Holy Mary. Again, he looked around to find that he was the only one inside the chapel.

Instead of allowing himself to be frightened again, Urgel went on praying, even going on to say the Holy Rosary, with a chorus answering and joining him, their voices rising to a great crescendo.

Urgel went on with his nightly communion with the strange voices until they waned in frequency and then stopped altogether.

He would later learn that the chapel was the site of an old cemetery before the church was built in the 1870s.

“Those were the lost souls who made their way back. They finally found their eternal rest,” said Fr. Oliver T. Mazo, assistant parish priest of the Sto. Niño Church in Tacloban City.

Mazo, who finished his theology studies in Rome, said he learned about Urgel’s story through the oral history handed down from clergy to church members through the years.

These events—already part of a hidden oral history of the local Catholic Church here—are preserved by a select group of priests and laity who were privileged to hear Urgel’s unusual personal testimony when he was still alive.

“He was a saintly priest who cared for his flock, and did great things for simple folks like me,” remembers Marina V. Dorego, a 75-year-old catechist and church worker who was one of Urgel’s close friends.

A grandmother to 25 grandchildren, Dorego was a high school freshman when she met Urgel for the first time at Assumption High School, across the road from the Assumption Church here.

“I heard about that story from my mother Fortunata and my theology professor (at Divine Word University) Leatriz Mazo,” said Igmedio Tolibas, 59, another church worker who was privy to the story.

Urgel—who died on April 22, 1985 at age 66—and his somewhat secret story about his communion with the dead have resurfaced at a time when the local community is suddenly replete with stories about the dead communicating with the living.

There are the blood-curdling wails of human voices coming in the dead of night as dogs howl without end from mass graves around here. Or the hair-raising tales of nocturnal passengers vanishing into thin air after boarding jeepneys and tricycles, leaving behind wet seats and watery floors. And the recurring dreams and nightmares relayed by survivors about receiving messages from dead relatives.

But do the dead really come back to haunt the living?

This question becomes even more resonant as the nation commemorates the day of the dead today, and a little more than a week after that, the first anniversary of Supertyphoon “Yolanda” (international name: Haiyan), the most powerful storm to hit land in history. 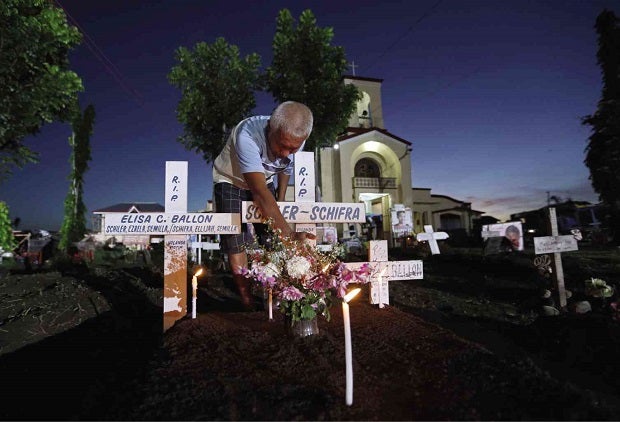 More than 7,000 casualties of Yolanda and its deadly storm surges are scattered in several mass graves in this town and the neighboring town of Palo, and Tacloban, the capital city. A few hundreds more are buried in remote sites and several more lost at sea. Only a few casualties were recovered by their relatives and given decent burials in local cemeteries.

But science seems to counter the religious view of these apparitions.

According to Althea Fernandez, a sociology professor at the University of the Philippines Tacloban, these phenomena partake of a kind of mass hysteria as people are overwhelmed by the devastating toll of a disaster.

“Their relatives and loved ones all died an instant death. That stress is too much to bear,” Fernandez said.

To which Mazo, the priest, countered: “These are not urban legends. These are testimonies from people who experienced the phenomenon themselves.”

“This story has long been hidden, maybe it is time that more people know the truth,” Tolibas said.

The ghost of Balete Drive