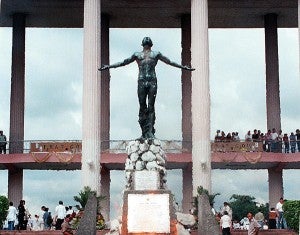 MANILA, Philippines–‎Police found no explosive inside the University of the Philippines College of Business Administration (UP-CBA) building in Diliman, Quezon City after it was hit by a bomb threat on Monday morning.

The student then relayed the bomb threat to the school administration, who in turn sought the QCPD’s assistance.

The threat, however, did not disrupt classes in the UP-CBA.

Police said no classes were interrupted as the college scheduled its midterms examination at 11 a.m.

TAGS: Bomb scare, University of the Philippines, UP Diliman