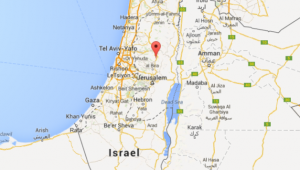 UNITED NATIONS — The Palestinians are accusing an Israeli settler of running over two schoolgirls, killing one of them, and speeding away.

Palestinian U.N. Ambassador Riyad Mansour said in a letter Monday to the U.N. Security Council that the two girls got off a school bus in the West Bank town of Sinjil on Sunday and were hit while walking to their mothers across the street. He said Inas Khalil, 5, died several hours later and Nilin Asfour, 8, is in critical condition.

Mansour accused “extremist terrorist settlers” of several other hit-and-run acts in the past few months.

He said Israel is responsible for all crimes committed by the settlers, and called on the international community to compel Israel “to reign in the terror and violence being perpetrated by its settlers.

Read Next
Jews buy homes in contested Arab area of Jerusalem
EDITORS' PICK
Metro Manila to remain under COVID Alert Level 2 until December 15
IATF tightens border control, suspends entry of fully vaxxed nationals from ‘green’ countries
Legarda: Ending Violence Against Women, a cause for all
Duterte open to making jabs mandatory; Cabinet mulls ‘pressuring’ the unvaccinated
Villar Group gears up for AllValue Shopping Party on Dec. 3; around P 1-million promos and discounts up for grabs
A delightful blessing!
MOST READ
Quiboloy warns of ‘much worse than Omicron virus’ if his ‘persecution’ is not stopped
Bongbong Marcos’ conviction in tax case not a crime involving moral turpitude — lawyer
IATF tightens border control, suspends entry of fully vaxxed travelers from ‘green’ countries
Marcoleta defends pol ads on ABS-CBN
Don't miss out on the latest news and information.