Binay camp goes on the offensive for best defense 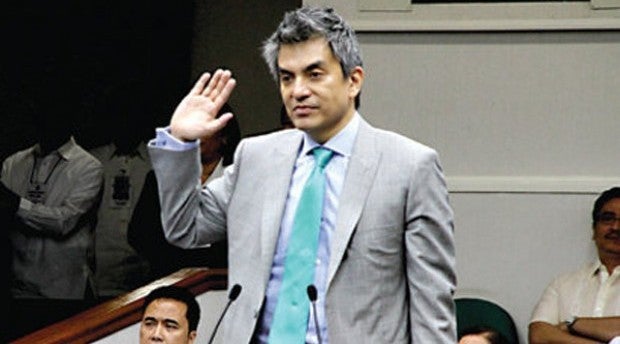 MANILA, Philippines–The camp of Vice President Jejomar Binay has adopted a new tack—offense is the best defense—amid the sharp decline in his public satisfaction and trust ratings apparently as a result of allegations that he pocketed huge kickbacks from city projects when he was mayor of Makati.

The United Nationalist Alliance (UNA), Binay’s political party, is stepping up its counteroffensive against the self-styled inquisitors of Binay in an apparent bid to divert attention from the allegations of graft and ill-gotten wealth against the Binays, who have maintained their grip on Makati since 1986.

Tiangco, the representative from Navotas City, said the five-and-a-half-hour video, taken in April, implicated close allies of the administration in the P10-billion scam, which would explain De Lima’s refusal to release it to the public.

“Why does Justice Secretary Leila de Lima refuse to release the video of her ‘meeting’ with Janet Lim-Napoles detailing how (Budget) Secretary Butch Abad coached her to set up NGOs and foundations and getting away with murder?” Tiangco said in a statement.

“According to those who prepared Napoles’ affidavit, De Lima would not budge to release the video since it detailed how Napoles was able to penetrate the Department of Budget and Management (DBM) and skirt the entire process through the help of ‘contacts’ inside the department,” Tiangco said.

It was the senator who filed the resolution that started the Senate probe of the overpricing of Makati City Hall Building II and the rigging of bidding for projects of the city when Binay was mayor.

Following the release of the Social Weather Stations survey results showing that Binay’s public satisfaction rating plunged 15 points to a net of 52 last month from 67 in June, Trillanes said on Monday: “The people are sending the message that they doubt his explanation, or lack of explanation, and are losing their trust in him.”

Bautista said Trillanes had yet to provide a “convincing and satisfactory explanation” to questions raised during his court-martial more than a decade ago on how he was able to buy eight “luxury vehicles” on his meager salary as a junior officer and why he did not disclose these in his statement of assets, liabilities and net worth (SALN).

“Senator Trillanes styles himself as a moral crusader, but all these years he has evaded the issue of how he was able to afford eight luxury vehicles on his salary in the military and why he did not declare these in his SALN. This is a clear violation of the law,” said Bautista in a statement.

“It’s hard to pretend you’re clean. He’s been saying a lot of things against Vice President Binay but it turns out he is the one who has violated the law and has something big to hide,” said Bautista.

He said that as Navy lieutenant, Trillanes earned only P22,000 in basic salary a month a decade ago.

“How can he afford those luxury vehicles on his pay as a junior officer? It seems Trillanes has a thing for luxury vehicles, aside from his affection for luxury hotels he is fond of taking over. If he says that his crusade is against corruption, then he should start with himself, being the owner of eight expensive vehicles,” said Bautista who had previously called on Trillanes to undergo a lifestyle check himself.

Bautista said Trillanes’ membership in the Senate blue ribbon subcommittee looking into the allegations against Binay did not make him a “credible or honorable person.”

Bautista also lambasted Trillanes’ partner in the Senate investigation, Sen. Alan Peter Cayetano, for peppering his statements with Biblical passages to make himself “holier than anyone.”

“These people think they’re more popish than the Pope, and speak as though they are morally upright but in truth, this blue ribbon telenovela is just meant to cover their (misuse of) the PDAF (Priority Development Assistance Fund) and DAP (Disbursement Acceleration Program),” Bautista said.–Reports from DJ Yap and Gil C. Cabacungan