ZAMBOANGA CITY, Philippines—The disruption of telecommunication services here, including mobile phones, for about seven hours on Sunday, was deliberately done to prevent what was suspected to be a bomb plot in the city during a feast.

Edgardo Celorico, regional director of the National Telecommunications Commission in Western Mindanao, told the Philippine Daily Inquirer that the telecommunication services in the city were temporarily suspended at the behest of the city government.

He said the specific request from the city government was “to temporarily shut down all communication lines within the downtown areas….because of security reasons.” 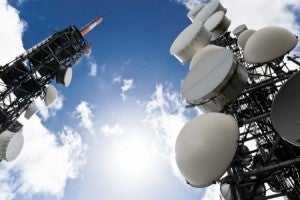 The city celebrated Fiesta Pilar on Sunday. A day before that, security forces discovered an improvised explosive device at Plaza Pershing, which was fitted with a mobile phone as a remote detonating mechanism.

“The shutting off of communication services was made confidential so that those who may have planned to sow terror would not be pre-informed,” Celorico said.

He said the disruption might have inconvenienced thousands of people here but it was a preemptive measure against terror.

Senior Supt. Angelito Casimiro, the city police director, said the IED recovered at Plaza Pershing was made of ammonium nitrate with fuel oil.

Casimiro said the police believed that terrorists were to launch another attack on Sunday using a remote detonation system.

“That was why we requested the telcos to switch off their lines and signals,” he said.

“We took the threats seriously,” he said, adding that these came from the Abu Sayyaf.

“Zamboanga is not safe and you know that,” Colina added.

Mayor Ma. Isabelle Climaco-Salazar said the shutting down of telecommunication services for a few hours on Sunday protected the city from terror activities.

Salazar said they would do the same thing in the future “as we want to protect your children.”

Colina was more precise in his statement by saying that many people were saved because of the service disruption.

“We still have two hands and two legs and we are all alive,” he said.

In North Cotabato, police authorities there had rejected insinuations the explosions that hit several areas during the past weeks were the work of terrorists.

Senior Supt. Danilo Peralta, North Cotabato police director, said the attacks were not even linked to a single group.

“There were different motives but these were not terror-related,” he said.

On Oct. 8, two people were killed and three others were wounded when a grenade exploded inside a Protestant church in Pikit, North Cotabato.

A few days later, an explosion also took place in Libungan town but no one was harmed.

“These attacks were either triggered by personal grudge or extortion,” Peralta said. With a report from Carlo Agamon, Inquirer Mindanao