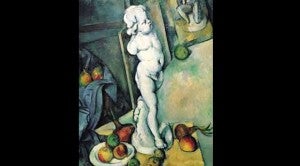 A GAUGUIN IN SAN JUAN Paul Gauguin’s “Still Life with Idol,” is just one of the masterpieces allegedly in the Marcos art collection that the government seized from the ancestral house in San Juan City

The sudden move by the Presidential Commission on Good Government (PCGG) to order a search of the San Juan residence, offices and other homes of the Marcos family for precious artworks that the PCGG claims should belong to the government caught many by surprise.

One of those asking this question is Robert Swift, the lead lawyer of the 9,539 rights abuse victims during the martial law regime (1972 to 1986) of the dictator Ferdinand Marcos, who doubts the motives of the PCGG, the agency created by the first Aquino government to recover the ill-gotten assets of Marcos, his family and associates.

He believes the PCGG is “playing a game” of recovering the paintings as part of a strategy to nullify the $2-billion judgment that the victims won in a class action suit against the Marcoses in a Hawaii court.

“The PCGG has known about the paintings for over 28 years and done nothing about them until now,” said Swift.

In 1995, a US federal grand jury in Hawaii found the Marcos dictatorship liable for the torture, summary executions and disappearances of about 10,000 people and awarded the victims $2 billion in damages from the Marcos estate.

According to Swift, Philippine courts have refused to recognize the $2-billion judgment while the Philippine government uses its sovereign immunity in the United States to try and prevent the members of the class suit from litigating to collect on the judgment, touting Sandiganbayan decisions forfeiting various Marcos assets in favor of the government as enforceable in the United States.

In addition, Swift said the claimants in the class suit also have a 2011 US judgment against Imelda Marcos personally for $353.6 million, which they are entitled to execute on any property she owns. But again, collection of the judgment has been difficult because Philippine courts do not recognize the US judgment.

Swift himself has been engaged for decades in hunting for Marcos assets, including the art pieces—many of them by recognized masters that Marcos’ wife Imelda is said to have acquired using the Marcoses’ enormous wealth—in the interest of collecting on the $2-billion judgment.

Ill-gotten or not, the Marcos assets should be used to compensate the human rights victims of Marcos’ martial rule, he argues.

“The class [suit members] are entitled to pursue any assets of Mrs. Marcos, including her art collection, because the class obtained a [2011] judgment against her personally for $353.6 million,” he said.

The PCGG and the claimants represented by Swift are therefore in a race to who gets to the trove first. Does the search mean finders keepers?

One of the Marcos art pieces that has been traced, French impressionist Claude Monet’s “Les Bassin Nymphease,” also known as “Water Lilies,” was sold by Imelda’s aide, Vilma Bautista, to a collector for $32 million. To avoid litigation, the buyer offered $10 million to the members of the class suit against the Marcos estate. Bautista and her conspirators continue to face prosecution for selling what did not belong to them.

More where it came from

But there’s apparently more where the Monet came from. On Oct. 1, sheriffs of the Sandiganbayan, armed with a writ of attachment from the antigraft court, seized an undetermined number of artworks from the Marcoses’ San Juan residence.

Swift’s list of artworks, whose value could partly fund the rights abuse victims’ claim, is even longer at 206, not including the “Water Lilies” that was sold.

On the list of 206 are two Picassos, two Gaugins, two Botticellis, three Degases, one Matisse, one Cezanne, one Van Gogh, one El Greco, one Fra Filippo Lippi (1460), one Raphael, one Titian, one Manet, 52 Gobillards, 18 Grandma Moses and three Monets. (“Water Lilies” was one of the three Monets on the list.)

The other Monet, “L’Eglise et La Seine a Vetheuil” (also known as “L’Eglise a Vethueuil”) and an 1887 painting by French impressionist Alfred Sisley (“Langland Bay”) will soon be traced, if not already found, the lawyer said.