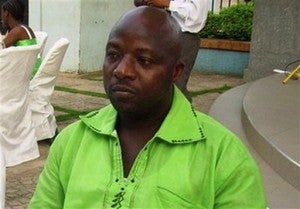 WASHINGTON—The first person diagnosed with Ebola in the US died Wednesday despite intense but delayed treatment, and the government announced it was expanding airport examinations to guard against the spread of the deadly disease.

The checks will include taking the temperatures of hundreds of travelers arriving from West Africa at five major American airports.

The new screenings will begin Saturday at New York’s JFK International Airport and then expand to Washington Dulles and the international airports in Atlanta, Chicago and Newark. An estimated 150 people per day will be checked, using high-tech thermometers that don’t touch the skin.

The White House said the fever checks would reach more than 9 of 10 travelers to the US from the three heaviest-hit countries — Liberia, Sierra Leone and Guinea.

President Barack Obama called the measures “really just belt and suspenders” to support protections already in place. Border Patrol agents now look for people who are obviously ill, as do flight crews, and in those cases the Centers for Disease Control and Prevention is notified.

It’s unlikely a fever check would have spotted Thomas Eric Duncan, the Liberian man who died of Ebola in a  Dallas  hospital Wednesday morning. Duncan wasn’t yet showing symptoms when he arrived in the US.

A delay in diagnosing and treating Duncan, and the infection of a nurse who treated an Ebola patient in Spain, have raised worries about Western nations’ ability to stop the disease that has killed at least 3,800 people in West Africa.

Speaking by teleconference with mayors and local officials, Obama said he was confident the US could prevent an outbreak. But he warned them to be vigilant.

“As we saw in  Dallas, we don’t have a lot of margin for error,” Obama said. “If we don’t follow protocols and procedures that are put in place, then we’re putting folks in our communities at risk.”

Health workers are especially vulnerable to Ebola, which isn’t airborne like the flu but is spread by contact with the bodily fluids of infected people.

Around the world, health authorities scrambled to respond to the disease Wednesday:

In Washington, Secretary of State John Kerry made a plea for more nations to contribute to the effort to stop the disease ravaging West Africa, saying the international effort was $300 million short of what’s needed. He said nations must step up quickly with a wide range of support, from doctors and mobile medical labs to basic humanitarian aid such as food.

As for Duncan, the first victim to die in the US, he had shown no symptoms when he left Liberia for the United States but fell ill several days after arriving on September 20.

His treatment and the effort to isolate anyone exposed to him were delayed because doctors failed to diagnose the disease the first time he showed up at a hospital emergency room with fever and abdominal pain and said he had been in West Africa. The case revealed gaps in the nation’s system for isolating the virus and raised questions about whether he could have been saved if treated sooner. Early detection and treatment are crucial.

“I trust a thorough examination will take place regarding all aspects of his care,” said the woman he had been staying with in  Dallas, Louise Troh, the mother of his son.

“His suffering is over,” she said.

In a sign of the unease the disease is causing, a sheriff’s deputy who went into the apartment where Duncan had stayed was hospitalized after feeling ill. Fire Chief Mark Piland in suburban Frisco said the deputy had contact with some members of the family, but health officials said none of the family members had exhibited symptoms and wouldn’t have been contagious.

There are no nonstop flights to the US from the three West African countries affected by the Ebola outbreak. But Homeland Security Deputy Secretary Alejandro Mayorkas said his department can track passengers whose travel originated in any of the three, regardless of where they connected or if they were traveling on multiple, separate tickets.

CDC Director Tom Frieden cautioned Americans to expect cases of fever to turn up at airports that wouldn’t be the deadly Ebola virus.

Checks of people in the outbreak zones have found about 1 in 500 show a fever, but none of those so far have been infected with Ebola. Many had malaria, Frieden said.

Liberia’s United Nations peacekeeping mission said Wednesday that an international member of its medical team had contracted Ebola, the second member of the mission to come down with the disease. The first died on September 25.

DFA advises Filipinos in the US to know more about Ebola