Picache on slay suspect’s arrest: ‘Ma, this is for you’ | Inquirer News
Close
menu
search

Picache on slay suspect’s arrest: ‘Ma, this is for you’ 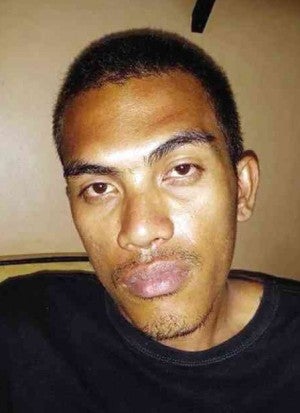 MANILA, Philippines—Actress Cherry Pie Picache expressed gratitude for the arrest of the prime suspect in the killing of her 75-year-old mother, Zenaida Sison, as the police moved to hunt down two more men being linked to the Sept. 19 robbery-homicide.

“Continue to pray for us. Our (quest for) justice has just started. Praying he (the arrested suspect) will be convicted the soonest time. To God be all the glory,” Picache said Wednesday in an Instagram post addressed to sympathizers, hours after the arrest of Michael Flores in Laguna province.

“Mama, this is for you,’’ said the grieving daughter, who together with her driver found Sison dead with multiple stab wounds and head injuries, with a piece of cloth stuffed in her mouth, at her Quezon City residence.

According to investigators, however, the 29-year-old Flores claimed that he only served as a lookout for two more partners who carried out the robbery and killed Sison at her home on Dr. Lazcano Street, Barangay Paligsahan.

Flores was arrested around 1 a.m. Wednesday inside a subdivision in Sta. Rosa City, after the local police received a tip from a concerned citizen who recognized him from a photo released to the media by the Quezon City Police District (QCPD) , said Laguna police provincial director, Senior Supt. Florendo Saligao.

But unlike in the photo that showed him clean-shaven and sporting sideswept hair with blond highlights, the arrested Flores has close-cropped black hair and a light mustache. He has also acquired a darker complexion.

Referring to the informant, whose name remained undisclosed, Picache said: “To the person who mustered the courage to do it, we will thank you personally soon.’’

In a phone interview, the chief of the Sta. Rosa police, Supt. Pergentino Malabed, said Flores was visiting friends at Garden Villas 3 subdivision in Barangay Malusak when he was arrested. “He was just outside the house and was apparently surprised. He did not resist arrest.”

Malabed said Flores used to work as a helper at a beauty salon in Sta. Rosa, his voter’s ID indicating his residence to be at Sitio Maligaya 3, Barangay San Vicente in San Pedro City, also in Laguna.

The suspect was said to be one of the helpers who recently worked for Sison, who preferred to live alone and occasionally employed a laundry woman, a house help or a gardener during the daytime.

When questioned in Laguna, Flores maintained that he acted only as a lookout for two companions who broke into Sison’s two-story house, according to Malabed. After the crime in Quezon City, he managed to find part-time jobs in different salons, the officer added.

The suspect was turned over to the QCPD to face the charge of robbery with homicide.

Flores, who after the crime was never seen again at his last known address in Barangay San Miguel, Taguig City, had a history of stealing small items from the household of his former employers in Laguna and Cavite provinces and in Las Piñas City, according to the QCPD.