Shakeup of Metro Manila police up

All district directors in Manila, Quezon City, Northern and Southern police will be affected by the revamp. 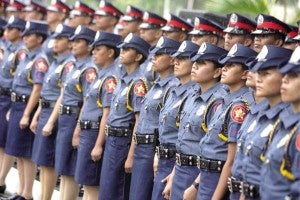 While the current district directors have yet to step down from their posts, Roxas said that new assignments are waiting for them.

He said that over the last three months, 14 station commanders of the 38 police stations in the region have been relieved and replaced by the PNP.

The movement of police officials, according to the Interior secretary, is part of the “reinvigorated anti-criminality campaign” for Metro Manila.