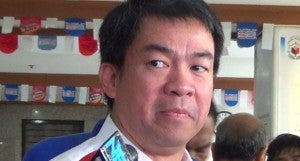 MANILA, Philippines – The Senate blue ribbon subcommittee plans to conclude its probe of the alleged overprice in the Makati City Hall II parking building contract after its hearing on Wednesday.

It will then come out with an initial report to be used as basis to determine if it would continue looking into other alleged anomalies in Makati City, according to Sen. Aquilino Pimentel III.

But Pimentel believes that Guingona, a lawyer, will agree with his interpretation of the rules and will decide in the subcommittee’s favor.

Sen. Antonio Trillanes IV, who filed the resolution initiating the investigation, said the Senate should delve into the allegations of corruption surrounding other buildings in Makati City, including those not expressly mentioned in his resolution, in order to get a bigger picture of the practices in the city.

He said the investigation should have more hearings because it should look into the construction of the Makati Science High School, the Ospital ng Makati nursing building and the Makati Friendship Suites.

These buildings were mentioned in the course of the Senate subcommittee probe. For instance, an official of the JBros Construction Corp. has denied that the firm participated in the bidding for the parking building and the Makati Science High School, contrary to official records.

“If you look at the Senate rules, the committee has very wide jurisdiction. If we’re going to craft legislation, we need to know the whole context of the problem. We can’t limit it to one instance when there are other related matters. If we limit it, then we won’t be addressing the other issues,” Trillanes said in a phone interview.

Pimentel said on Monday that he preferred that the subcommittee first formally come out with a report on its findings on the P2.28-billion Makati parking building.

If it finds evidence of overprice or other anomalies, then there will be reason for it to look into other issues. But if not, there would be no reason to continue the inquiry, Pimentel said.

Should the subcommittee decide to probe other anomalies, it should define the scope of the inquiry in order to set the limit to what it would tackle, and to be fair to those being questioned, said Pimentel.

The senator said that at the hearing scheduled for Wednesday, he would pose questions to Hilmarc’s Construction Corp., which built the 11-story parking building, and to Mana Architecture and Interior Design, which designed the structure. He said he would expect answers and not evasions from the two firms.

“They should know the gravity of the situation because if the finding is rigging of the public bidding or series of bidding to the tune of P2 billion plus, it means they must have been involved—that they played an indispensable part…. If it’s an act of conspiracy, the act of one is the act of all, the profit of one is the profit of all,” he said.

As for other resource persons, such as Gerry Limlingan and Erlinda Chong, subpoenaed by the subcommittee but who have not appeared in the hearings, Pimentel said the panel could still come out with a report on the parking building even without their testimonies.

He explained that the persons were subpoenaed to give them a chance to rebut allegations made against them at the hearings of the subcommittee.

Former Makati Vice Mayor Ernesto Mercado earlier alleged that Limlingan was one of the recipients of bags of cash meant for Vice President Jejomar Binay, when he was mayor of Makati. The bags of cash were from kickbacks from Makati infrastructure projects.

Mercado also alleged that the Vice President had used Limlingan and Chong as fronts for his assets.

Pimentel said there were other issues not directly concerning the parking building, but could help establish a pattern of practices, as Sen. Alan Peter Cayetano earlier explained.

This was why resource persons discussing other alleged anomalies in Makati had testified in the hearings, he said.

Pimentel also said that for purposes of determining whether to continue investigating other Makati City issues, his subcommittee report on the parking building would just need the approval of the majority of members present, there being quorum. A quorum is achieved if two members of the subcommittee are present.

The subcommittee report would need the support of the majority of the blue ribbon committee members upon its submission to the plenary, Pimentel said.

The Binay camp has been trying to stop the Senate hearings, contending that it has no jurisdiction over the issue because the matter of determining whether Binay violated the anti-graft law is within the province of the courts.

It has also blasted the hearings as a political ploy to bring down the Vice President, who is planning to run for president in 2016.

But Senate President Franklin Drilon said the subcommittee hearings were in aid of legislation, and not intended to gather evidence for a criminal case. At the same time, the hearings were a search for the truth, Drilon said.