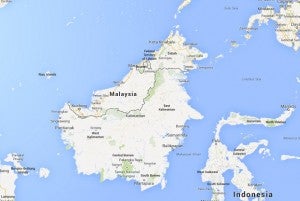 KUALA LUMPUR – The Malaysian navy has launched a search for seven crew members after their gunboat went missing off Borneo island in rough seas, a top naval official said Monday.

The incident happened during a routine sea patrol on Sunday near Mengalum island off eastern Sabah state on Borneo island.

“Yes, it is true. Please pray for their safety,” navy chief Abdul Aziz Jaafar said in a Twitter message when

asked about the boat’s disappearance.

The navy chief said an intensive search and rescue operation has been launched but bad weather was hampering the mission.

“Choppy waters and low rain clouds were making search and rescue operation for the combat boat CB204 by ships and the Beechcraft plane difficult,” he added.

The gunboat had departed from its base with another fast-attack craft KD Paus early Sunday, the New Straits Times said Monday.

Officials believe it lost contact with the base after being hit by strong waves, according to the newspaper.