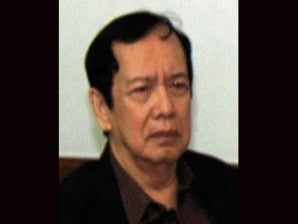 MANILA, Philippines – The Court of Appeals has voided a decision by a local court awarding a 23.7-hctare property in Quezon City to claimant Wilfredo Torres, saying he committed “extrinsic fraud” in the civil suit that left thousands of home and property owners in the dark about the case.

In a consolidated decision issued in September, the appellate court’s  Former Special Sixth Division—that’s how the division calls itself— declared null and void the Quezon City regional trial court Branch 224’s 1996 decision and 2011 orders that granted Torres ownership of the prime property in Tandang Sora through a reconstitution of land titles under his name.

In a petition to the appellate court, a group of homeowners accused Torres of grabbing land in several middle-class subdivisions in the area, including the K-Ville Townhomes Project in Sanville Subdivision, Morning Star Heights in Barangay (village) Culiat, the Maria Montessori School and other private lots.

Torres maintained that he inherited the properties from his mother. The land dispute at one point prompted congressional investigations.

In a decision penned by Justice Rodil Zalameda, the appellate court said Torres failed to implead  the people affected by his claims case, which is “tantamount to the lack of jurisdiction of the (lower) court.”

The appeals court ruled that since the actual occupants of the claimed land were never notified of the suit, “the order of reconstitution is null and void.”

“It is basic that no man shall be affected by any proceeding to which he is a stranger, and strangers to a case are not bound by judgment rendered by the court. It would be the height inequity if we are to allow the petitioners and petitioners-in-intervention to be deprived of their respective properties without having their day in court,” the appellate court said in a 25-page ruling dated September 18.

On the basis of Villordon’s decision, the city assessor voided land title transfers to property owners and, in the case of Morning Star Heights residents, ordered the ejection of occupants.

The appellate court noted that Villordon’s court had committed a “grievous error” in favoring Torres.

“Petitioners never had knowledge of the reconveyance and reconstitution suits. They only received letter from City Assessor’s office of the final judgment where they stand to lose their properties. Simply put, they were thus deprived of the opportunity to present their side or to protect their interests and rights,” the higher court ruled.

It spelled out how Torres committed “extrinsic fraud” in excluding the affected residents from the suit, saying the failure to inform them of the civil case was “sufficient to justify the grant of a petition for annulment of judgment.”

Read Next
5 things to know about the Vatican’s family synod
EDITORS' PICK
Smart offers wireless fiber-like speeds to Filipino homes with country’s first 5G Prepaid Home WiFi
Legarda: Ending Violence Against Women, a cause for all
This new condo in the South will make you want to turn a new leaf
National COVID-19 vaccination drive gets over 5.3 million people vaxxed so far
Pandemic prognosis: Where does it go from here?
Google won’t accept election ads for 2022 national polls
MOST READ
Bongbong Marcos to face another disqualification case
Christine Bersola, Julius Babao cleared of cancer after colonoscopy, endoscopy
A Merry Bongbong
Pandemic prognosis: Where does it go from here?
Don't miss out on the latest news and information.