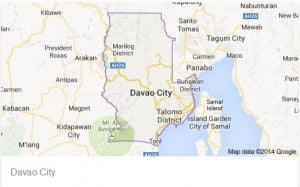 DAVAO CITY—Members of the workers’ union of one of the country’s oldest media outfits, Radio Mindanao Network (RMN), turned off the transmitters of the network’s AM and FM stations here on Thursday to dramatize their protest over the breakdown of collective bargaining agreement (CBA) negotiations with the management.

Gina Hitgano, president of RMN Davao Employees Union (RDEU), said the stations dxDC AM and dxXL FM simultaneously went off air at 1:15 p.m. on Thursday as union workers left their workplace and gathered on the streets outside.

As of Friday, the stations had not gone back on air.

Hitgano said the protest was staged more than a month after the union filed a notice of strike in the National Mediation and Conciliation Board (NCMB).

She said the notice was filed after 16 failed attempts to talk and meet halfway with the management at the NCMB in the last two months.

The Inquirer tried to reach the management for comment but was turned away by a guard, who said a statement would be issued soon.

In Thursday’s protest, the union repeated its accusation of union busting against the RMN management and the violation of CBA provisions.

“It’s a ploy to bust the union because that way, the management is spared from hiring probationary workers who have to be regularized after six months,” Hitgano said.

“Besides, contractual workers can’t be unionized,” she said.

Joffrey Suyao, regional director of the Department of Labor and Employment (DOLE) and who went to the picket line, said he was still trying to get the two sides to talk again.

The National Union of Journalists of the Philippines

(NUJP) Davao chapter also urged the DOLE to work toward a renegotiation of the CBA.

“If the DOLE could do this task, Filipino journalists would not have [to be] called one of the most poorly paid workers in the country, even if the work they do is one of the most dangerous,” said Jessie Casalda of NUJP. Germelina Lacorte, Inquirer Mindanao