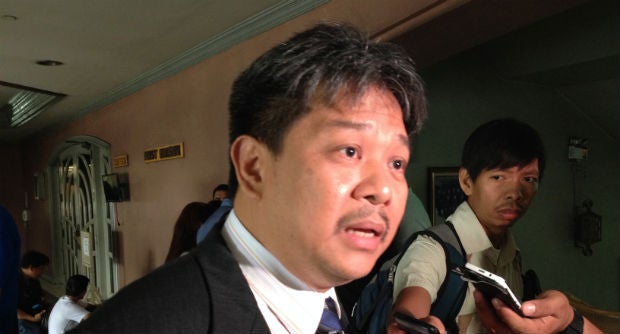 MANILA, Philippines—The lawyer of alleged pork barrel scam mastermind Janet Lim-Napoles accused the state prosecutors’ witness of threatening to file additional charges against respondents if they did not cooperate with the Ombudsman.

David cited accused Rodrigo Galay told him that Medrano threatened to file additional charges if he did not cooperate with the Ombudsman over the Malampaya fund scam.

“Rodrigo Galay said you will file plunder cases if they do not cooperate with you… That was the information relayed to us by the witnesses,” David said.

Medrano, who testified for the prosecutors, said the Ombudsman did not subpoena Galay as a witness in the pork barrel scam.

He said Galay was subpoenaed in a separate case, the Malampaya fund scam by which funds for farmers and typhoon victims were allegedly diverted to Napoles-linked foundations.

“In 2014, during the fact-finding investigation on the Malampaya, the office issued subpoena to Galay,” Medrano said.

The court sustained the prosecution’s opposition against David’s questioning, saying the witness has a right against being badgered in court.

Presiding Justice and third division chair Amparo Cabotaje-Tang also dismissed David’s manifestation because it is irrelevant to the case.

Napoles faces plunder and graft charges for allegedly masterminding the scheme of diverting pork funds to ghost projects for kickbacks.