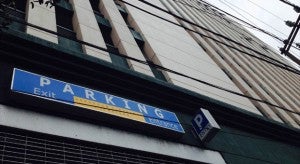 MANILA, Philippines – The Senate on Thursday resumed its investigation into the alleged anomalous construction of Makati City Hall 2 parking building after rejecting last week a bid to stop the inquiry.  Mayor Jejomar Erwin “Junjun” Binay filed a jurisdictional challenge against the blue ribbon sub-committee, which is investigating the controversy.   The sub-committee, headed by Senator Aquilino “Koko” Pimentel II, subpoenaed Binay but his lawyer told reporters Wednesday that the mayor would not face the inquiry pending his jurisdictional challenge filed before the mother committee headed by Senator Teofisto Guingona III.  More than 70 people, including Makati City Hall officials, invited as resource persons by the sub-committee were also notably absent.  The subcommittee led by Senator Aquilino “Koko” Aquilino Pimentel III junked last week the two jurisdictional challenges filed by Binay and a certain Ebeng Baloloy, said to be the personal secretary of Vice President Jejomar Binay.  Binay’s camp then elevated the matter to Guingona’s committee, asking it to stop the ongoing investigation into the parking building, saying the sub-committee has no jurisdiction over the issue.  RELATED STORIES  Mayor Binay challenges Senate, won’t attend probe  Mayor Binay says Makati City Hall 2 a world-class building   Bondal: Cakes, other buildings also overpriced in Makati