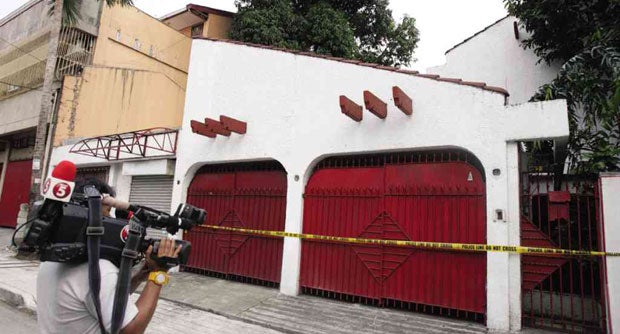 MANILA, Philippines—Malacañang has created a new task force, involving at least eight government agencies, in an attempt to stop the increasingly fatal practice of hazing to initiate new members into fraternities and similar organizations.

The Department of Justice announced this week that the Palace has constituted the Anti-Hazing Inter-Agency Task Force “to address the growing problem of fraternity-related violence,” such as recent cases involving students of De La Salle University-College of St. Benilde and the University of the Philippines.

Established through Memorandum Circular No. 68, the task force is mandated to strengthen the implementation of Republic Act 8049 or the Anti-Hazing Law with a view to preventing fraternity violence and prosecuting those caught engaging in it.

Malacañang noted in its Aug. 28 circular that “despite the passage of RA 8049 [otherwise known as the Anti-Hazing Law], hazing-related fatalities continue to occur.”

“One hazing fatality is already one too many,” De Lima said in a statement.

“For every such case, more lives are lost than just that of the victim. Even the lives of those who are implicated are tarnished, and even the schools and the educational system itself suffer the blow. We cannot abide another senseless death resulting from a misguided sense of brotherhood or sisterhood,” said De Lima.

AHIATF was established some two months after the hazing death of DLSU-CSB student Guillo Servando on June 28, and injuries inflicted on a UP student in apparent hazing rites a few days later.

The DOJ said the task force will centralize all anti-hazing efforts of the government, with the mandate to “develop modes of coordinating and monitoring … the implementation of programs, projects and activities to prevent hazing fatalities.”

The body will also “review and formulate policies, programs, and guidelines to strengthen the implementation of RA No. 8049.”

As Task Force chief, De Lima is “vested with full executive authority within the law,” including the power to “give direct operational instructions to any of the member agencies in the performance of their functions.”

Her priority is to identify gaps in the implementation of the law or even the law itself through tapping “the experience and insights of members of the National Prosecution Service” to supplement that of investigators from the PNP and the National Bureau of Investigation, an agency under the DOJ.

“I intend to make sure that the approach of the (task force) toward this problem is comprehensive — not just concentrating on solving and prosecuting crimes that have already been committed, but also preventing such incidents from ever happening again,” De Lima said.

“To do that, we welcome and, in fact, seek the support and contributions of all stakeholders, including those who are most intimately affected: the students themselves. I firmly believe that these incidents are preventable, and that’s what the task force will aim to prove,” she said.

The task force is to hold its first meeting next month.