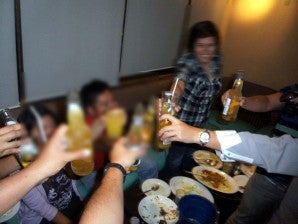 DIGOS CITY, Davao del Sur – The city’s peace and order council has approved Mayor Joseph Peñas’ proposal to allow beer joints and bars to serve alcohol at least for an hour after midnight.

Peñas said on Saturday that members of the council agreed with the mayor’s observation that the ban on the serving of liquor after midnight had an adverse effect on the business community and tourism.

Peñas said while the ban was aimed at combating criminality, it caused the entertainment businesses suffer. Some businessmen engaged in this sector, he said, even wanted the ordinance prohibiting the sale of alcoholic beverages after midnight scrapped.

But he said that there was a need for some form of regulation too, which was why he proposed an hour’s extension.

“This for me was the win-win solution. Allow them to serve alcohol until 1 a.m.,” he said.

With the approval of the proposal, Peñas said he hopes the city council would immediately amend the existing ordinance.

Read Next
Bishops call for ‘assiduous and vigorous’ debate on Bangsamoro law
EDITORS' PICK
10 Filipinos positive for COVID-19 in UK, 7 in Ireland — envoy
Nograles: Cabinet members to donate 75% of monthly salary to aid COVID-19 fight
Quick chat with Nicole Andersson: ‘You really don’t need much to be happy’
IATF to LGUs: Issue ordinances vs attacks on frontliners, COVID-19 patients
Diokno to Duterte: OK to make fun of buck tooth, but focus on people’s needs first
Robredo spox thanks Duterte for defending VP’s efforts vs COVID-19
MOST READ
Coronavirus hotbed Rizal to shut borders on April 6
Gov’t mulling quarantine period extension of 15-20 more days
ADB warns PH against prolonged lockdown
Sotto on Isko Moreno’s call: We do our job without the media following our every move
Don't miss out on the latest news and information.