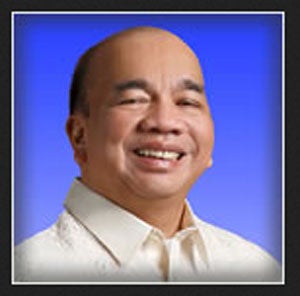 MANILA, Philippines—A Mindanao solon took offense in the suggestion of amending the Bangsamoro basic bill to explicitly prohibit any secessionist movement in Mindanao.

During the first ad hoc committee hearing in the House of Representatives on Wednesday, Anak Mindanao Representative Sitti Djalia Turabin-Hataman said she was offended by Cavite Representative’s plan to amend the bill to make any secessionist plans illegal.

Hataman, the wife of Autonomous Region in Muslim Mindanao (ARMM) governor Mujiv Hataman, said it gives the impression that Muslims are rebellious.

“I find it a little offensive. It proceeds from the impression that we are a rebellious people,” Hataman said.

“There is already a statement that they agree to be part of the Philippines. I think that is enough, she added.

Barzaga said he only wants to insert a provision prohibiting secessionist aims to protect the country’s integrity.

“I have the best intentions… I want to guarantee the integration of the Philippine territory,” Barzaga said.

“As a lawyer, I don’t see anything wrong with that provision,” he added.

Presidential peace adviser Teresita “Ging” Deles said such a provision would no longer be necessary because the bill states that the Bangsamoro is not a separate state from the Philippines.

But she said she doesn’t see a problem if Congress makes such an amendment.

“It’s very clear that Bangsamoro is part of the Philippines. That there are no divisions,” Deles said.

“But that is the decision of Congress. I don’t think it will cause such a problem,” she added.

Barzaga later withdrew his suggestion to make the amendment.

Once the bill is passed by Congress, the law must be ratified by a plebiscite for the creation of a Bangsamoro political entity to replace the ARMM.

Hataman had said Congress should learn from the lessons of the law creating the ARMM, which was perceived as a failure because the Nur Misuari-led Moro National Liberation Front (MNLF) continued its Muslim secessionist movement despite a peace deal.

Solon: Inviting Misuari to Bangsamoro hearings ‘an insult to people of Zamboanga’