Most unsafe in military safe house 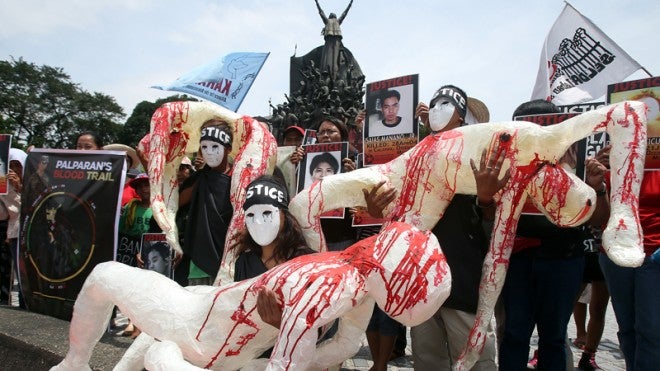 VILLASIS, Pangasinan—Like a bad dream, his ordeal in a military safe house 30 years ago keeps coming back to Michael Morden’s mind.

Those who say that the Philippines was better off during martial law do not know anything about what happened during that period, he said.

“They were not there. They did not experience it. That was the darkest moment in our history. I hope martial law will not be imposed again,” he said.

According to Morden, 53, he no longer feels the pain, but he still cringes every time he recalls the first few days of his yearlong detention in Pangasinan province in 1984.

“No one knew then that we had been arrested. They could have killed us all without anyone knowing about it,” said Morden, one of seven activists who were arrested in Dagupan City.

He declined to name the other so-called activists, saying he did not have their permission to disclose their identities.

Morden’s captors kept him and his fellow activists for a month, moving them from one safe house to another as their relatives frantically looked for them.

When they were finally surfaced, then Information Minister Gregorio Cendaña announced in a news conference that they were “high-ranking officers” of the Communist Party of the Philippines.

They were detained at the Philippine Constabulary provincial command headquarters in Pangasinan.

Morden said he was just a youth organizer then, and his companions were also organizing other sectors in the province—fishermen, farmers, the religious and professionals.

“During the first two weeks of our arrest, we were tortured every day. I was shocked with electricity and beaten up. At one point, I was taken to an open field and a gun was poked into my head,” Morden said.

Since they were held in the same house, Morden said he knew that his companions were also being tortured because he could hear them screaming in pain.

“People would come to ask us questions. They would wake us up in the middle of the night and interrogate us. They also did not feed us well. They were trying to break our spirit,” he said.

Morden was only 11 when President Ferdinand Marcos declared martial law in 1972.

“When I was 16, I began to hear from my parents what martial law meant and how they opposed it,” he said.

When he went to college in Manila, he joined student rallies and other protest actions against martial law.

“Martial law was harsh. It did a lot of damage to our country. Those in power then could do anything they wanted,” Morden said. “There were involuntary disappearances, human rights violations, summary executions, name it.”

In 1985, Morden and his companions were released after international and local human rights groups convinced a court in Lingayen town that their arrest was illegal.

Morden opened an agricultural trading business in Urdaneta City, which he ran for the next 10 years.

He closed the business in the mid-1990s and turned to making and selling bonsai, which he still does.

In retrospect, Morden said he did not regret joining the fight against the Marcos dictatorship—even if it nearly cost him his life.