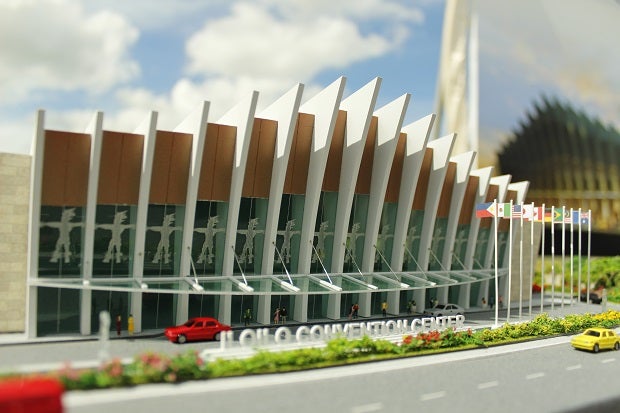 ILOILO CITY—The price of the deal awarded to controversial contractor Hilmarc’s Construction Corp. (HCC) was increased after the firm won the bidding for the first phase of the construction of Iloilo Convention Center (ICC), according to the Department of Public Works and Highways (DPWH).

But the DPWH in Western Visayas claimed the government saved about P129 million, contrary to allegations of overpricing.

Its regional director, Edilberto Tayao, said HCC won the bidding for the project after it submitted the amount of P479,847,504.47 on Sept. 24. This was lower than the approved budget for the contract (ABC) of P482 million.

The first phase of the P747-million building contract includes the construction of the shell of the building, pile foundation, painting, plumbing,   electrical and mechanical works. It has an allocation of P500 million.

Tayao said the contract with HCC was revised to P492,249,487.39 (or an additional P12,401,982.92) to include components of the project’s second phase, which covers floor and ceiling finishing, painting, installing air-conditioning systems and two escalators and other works.

Added in the amended contract were exterior wall finishes, including putting up glass curtain walls and stone finishing.

Tayao said the deal was revised because there was still remaining funds from the P500-million allocation for the first phase. The change, he said, did not require new bidding because it was within 10 percent of the original contract price.

Earlier, Kabataan Rep. Terry Ridon called on Congress to investigate how HCC bagged the P479-million contract noting that the firm won through negotiated procurement after two failed public biddings. HCC had bought documents for the two biddings but did not participate because it said it could not meet the ABC.

Ridon said the possible overpricing of the contract should also be looked into, noting that HCC was the same contractor of the Makati City Hall Building II, which is now the subject of a Senate inquiry for being allegedly overpriced.

Tayao said the cost of the first phase was lower than the original design by P128,778,651.07 after the DPWH allowed value engineering principles in the negotiated procurement bidding. Value engineering involves modification in original materials and design to lower costs without changing functionality and architectural design.

The value engineering bids were approved by the Tourism Infrastructure and Enterprise Zone Authority, an agency under the Department of Tourism, which will own the building.

Tayao cited the cost of pile foundation works, which was reduced from P155 million to P32 million, while the cost of reinforced steel bars Grade 60 was lowered from P92 million to P68 million. The cost of several components was increased to compensate for the modifications.

The building is 86.5 percent complete as of Sept. 15. It is being rushed in time for the Asia-Pacific Economic Cooperation meetings in 2015 after Iloilo City was chosen as one of the venues.

The ICC is being built on a 1.7-hectare lot valued at P200 million, which was donated by Megaworld. The lot is part of the company’s 54-ha property at the former Iloilo airport in Mandurriao District, which is being developed as the Iloilo Business Park.