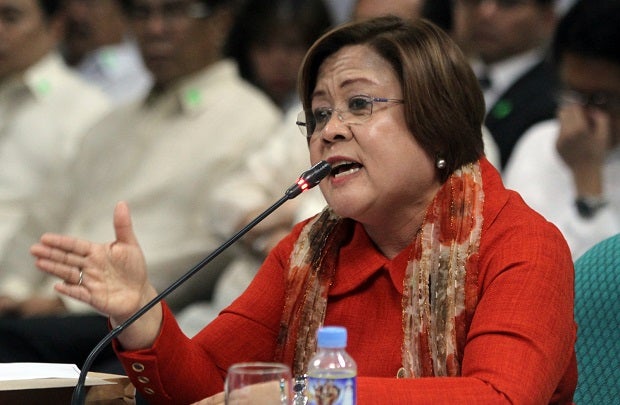 MANILA, Philippines—One of the whistle-blowers in the alleged overpricing of the Makati City Hall Building II had no clearance from the Department of Justice’s (DOJ) Witness Protection Program (WPP) to appear in public on Thursday and issue a rebuttal to Vice President Jejomar Binay’s televised address.

Lawyer Renato Bondal had no prior consent from the WPP to hold a press conference and respond to the Vice President’s denial of his accusations.

“No clearance from us,” Justice Secretary Leila de Lima said in a text message sent to reporters on Friday.

Under Section 5f of Republic Act 6981, the Witness Protection Law, a witness granted coverage under the state program must “regularly inform the appropriate program official of his current activities and address.”

De Lima has yet to say how this would affect Bondal’s status as witness under the WPP.

Bondal faced the media Thursday to reiterate that Binay and other officials during his time as Makati mayor had colluded to take kickbacks from the allegedly overpriced construction of the P2.28-billion city-funded building, an 11-story parking and office structure.

Bondal and another witness, engineer Mario Hechanova, held the press con an hour after Binay addressed the issue for the first time and denied all accusations against him. Binay said the project was above-board and that the witnesses lacked solid evidence that would stand trial.

The DOJ last week placed Bondal, Nicolas Enciso VI and former Makati Vice Mayor Ernesto Mercado under the WPP upon recommendation of the Senate following their testimonies against Binay.

They were granted full coverage, including security detail and voluntary stay at a temporary shelter.

In July, Bondal and Enciso filed charges against Binay and his son, Makati Mayor Jejomar Erwin “Jun-jun” Binay, in the Ombudsman for the alleged overpricing of the city project. They later faced the Senate to detail their allegations.

Mercado, formerly a political ally of the Binays, also appeared before the Senate blue ribbon committee and said he had accepted some P80 million in kickbacks from the project, supposedly from the elder Binay. He also claimed that it was customary for the former Makati Mayor to take 13 percent of funds allocated for city projects.