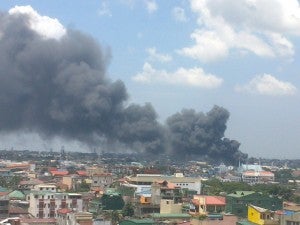 MANILA, Philippines–Three firefighters suffered from suffocation while responding to the blaze in a rubber factory in Quezon City which has reached Task Force Charlie on Wednesday afternoon.

“They were rushed to the nearest hospital. They are all safe now,” he said in a phone interview.

“But our operations would still continue. The fire has not been put out completely,” ‎he added.

The cause of fire and the amount of property damages are still being investigated by the authorities.