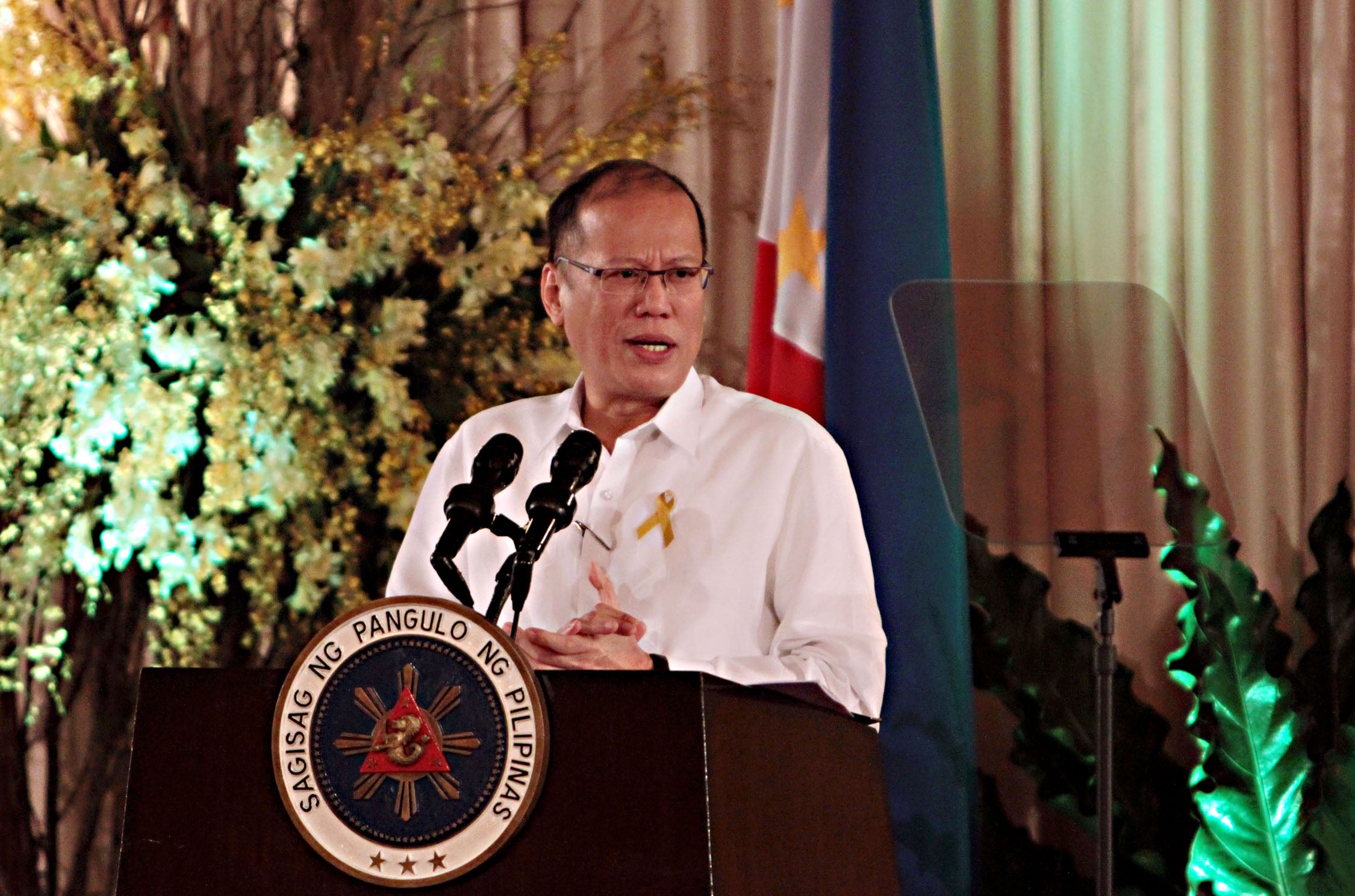 In a letter addressed to Speaker Feliciano Belmonte Jr. and Senate President Franklin Drilon dated September 12, Aquino said he should be granted emergency powers in light of expected power outages during the summer season.

“In accordance with the… Electric Power Industry Reform Act (EPIRA), I hereby seek the immediate enactment of a joint resolution authorizing the President to establish additional generating capacity,” the letter read.

He said the Department of Energy expects a “critical electricity situation” due to the El Nino phenomenon, the Malampaya turnaround, power outages and delays in the commissioning of committed power projects.

“There is no gainsaying that the imminent electric power shortage during these months is a real threat to the country’s growing economy and the general welfare of the people,” Aquino said.

“The speedy enactment of the joint resolution will ensure the energy requirements of the country for this critical period – through a specific, focused and targeted acquisition of additional generating capacities for use during the limited periods of time of very tight energy supply,” he said.

The president earlier announced that he will be seeking authority to contract additional power to address the power shortage.

“Very soon, we will formally ask Congress for a joint resolution, that will authorize the national government to contract an additional generating capacity to address the 300-megawatt projected deficit, and, on top of that, to have sufficient regulating reserves equivalent to four percent of peak demand, for another 300 megawatts,” Aquino had said.

Aquino in the letter said emergency powers were “needed in order to address the imminent shortage of electric power for the summer of 2015 in Luzon.”

“I look forward to a favorable response from both Houses,” Aquino said.

EPIRA allows emergency powers to the President “upon the determination by the President of the Philippines of an imminent shortage of the supply of electricity.”

Luzon is usually wracked with power shortage during summer season due to thinning power reserves. 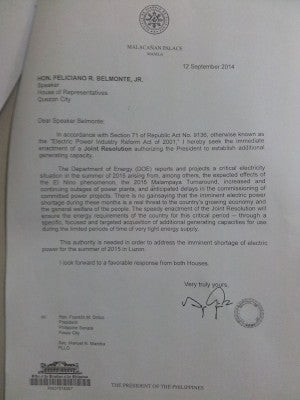