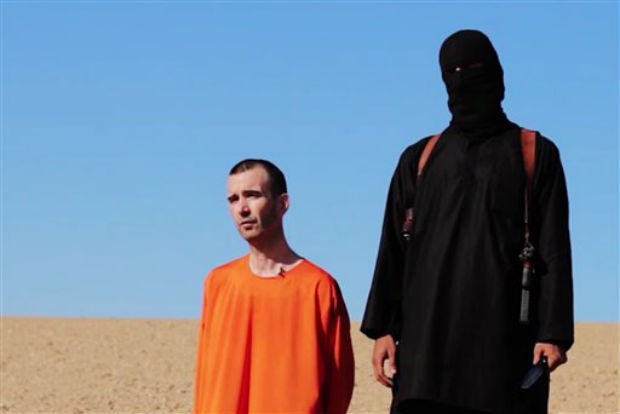 This image made from video posted on the Internet by Islamic State militants and provided by the SITE Intelligence Group, a U.S. terrorism watchdog, on Saturday, Sept. 13, 2014, purports to show British aid worker David Haines before he was beheaded. AP

Haines was abducted last year in Syria, and extremists released a video on Saturday showing his beheading.

In a statement, Obama says the United States stands shoulder to shoulder with Britain in, quote, “grief and resolve.” The president says the U.S. will work with Britain and a broad collation of nations to bring to justice those who committed what he calls an “outrageous act.”

Repeating a message from his Wednesday night address laying out a strategy for attacking the Islamic State group, Obama says the coalition will degrade and destroy the threat the extremists pose to people around the world.