3 dead as car smashes into crowd at Portugal rally 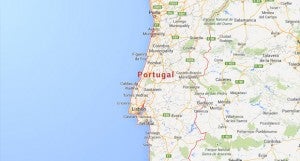 LISBON – Three people, including two boys aged eight and 13, were killed when a car ploughed into spectators at a rally event in northern Portugal on Sunday, firefighters said.

The third victim was a 48-year-old woman who died when the car veered off the track following a sharp bend, after it had crossed the finishing line at the race in Guimaraes.

Eight people were injured and two of them are in a critical condition, emergency services said: a 40-year-old man with head trauma and a woman of 18 with leg fractures. They were rushed to a hospital in Braga.

The driver of the car has been taken to hospital suffering from shock.

The accident happened shortly after the start of the first stage of the rally at a part of the track that was not protected by barriers. The event was suspended after the tragedy.

Read Next
Pope says war no way to address injustice
EDITORS' PICK
Cebu City closes its borders
IATF: Food firms to operate with 50% of workforce during Luzon quarantine
BREAKING: 1,075 people in PH has coronavirus disease – DOH
UP-PGH wards for COVID-19 patients finished in 5 days
Style and music journeys with Claudia Barretto
DILG to stranded workers: ‘Stay where you are’ until Luzon-wide quarantine is over
MOST READ
BREAKING: 1,075 people in PH has coronavirus disease – DOH
Locsin blasts DOH for blocking entry of Chinese doctors
Another doctor dies due to COVID-19 in Cebu City, doctor-husband critical
Robredo raised P36.2M; bought, distributed over 30, 400 PPEs so far
Don't miss out on the latest news and information.

How Duterte spent his birthday while on self-quarantine