California to be first US state to ban plastic bags 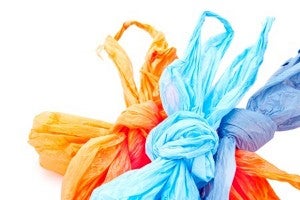 LOS ANGELES — California governor Jerry Brown said late Thursday he will approve a ban on single-use plastic bags, in what would make the western US state the first to outlaw them.

Lawmakers passed the bill late last Friday, and it now only requires Brown’s signature to pass into law. The governor must do so before the end of September.

“I probably will sign it, yes,” Democratic veteran Brown said during a televised debate with his Republican election rival Neel Kashkari, who is trailing badly in opinion polls.

“In fact, I’ll tell you why I’m going to sign it: there are about 50 cities with their own plastic bag ban, and that’s causing a lot of confusion,” he said, cited by the Los Angeles Times and other media.

The bill would allow stores to charge 10 cents for paper or reusable bags. Similar bans, backed by environmentalists, are already in place in cities including Los Angeles and San Francisco.

A ban is opposed by Republicans who say it would be too much government meddling for small and medium sized businesses, and by bag manufacturers who fear job losses.

Kashkari — who latest polls indicate trails by 50 percent to 34 percent for the November 4 gubernatorial post — said he opposes the legislation.

“No chance would I sign that bill,” he said in Thursday’s debate.

Villar urges wider ban on use of plastic bags