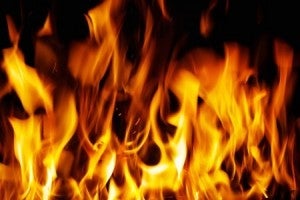 MANILA, Philippines—At least 16 families were left homeless as what began as a kitchen fire turned into a blaze that gutted several houses in an informal settlement in Quezon City early Monday.

Based on the initial investigation, Fernandez said the fire started at the kitchen of an unnamed resident who was cooking using a liquefied petroleum gas (LPG) stove.

No one was reported hurt in the incident.

Fernandez said the blaze destroyed an estimate of P150,000 worth of properties.