US military mission in Iraq costs $7.5 million a day 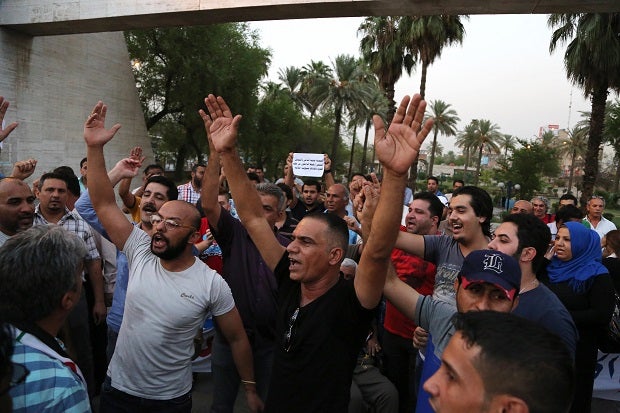 WASHINGTON—The US military’s bombing raids and other operations in Iraq cost about $7.5 million a day, the Pentagon said Friday.

Since Islamic State (IS) militants seized territory in northern and western Iraq in June, President Barack Obama has deployed about 865 US troops to Iraq to bolster security for American diplomats and advise Baghdad government forces fighting the extremists.

Both manned and unmanned US aircraft have flown surveillance flights to track IS jihadists and since August 8, American warplanes have carried out more than 100 air strikes against the militants—most of them around the strategic Mosul dam in the north.

The price tag of the US military mission dating back to mid-June has “averaged $7.5 million a day,” Pentagon spokesman Rear Admiral John Kirby told reporters.

But the cost has varied day to day and “as our activities have intensified, so, too, has the cost,” Kirby said.

The operation was covered under the “overseas contingency operations fund,” Kirby said. The contingency fund is a separate budget from the annual US defense budget purportedly set up to cover war-related costs.

The contingency fund was created in 2003 after the US-led invasion of Iraq and critics say it is a way of hiding the costs of war or other military spending.

Of the more than 800 US troops now in Iraq, nearly 300 are working as advisers to Iraqi security forces.

Four more air strikes were carried out in the past 24 hours against IS militants near the Mosul dam, US Central Command said in a statement Friday.

F/A-18 fighter jets based on a US aircraft carrier in the Gulf, the George H.W. Bush, have been taking part in the air attacks.

The Pentagon said last week that Kurdish and Iraqi government forces seized back control of the dam from the IS extremists, following a wave of US air raids.

But the US bombing runs around the dam have continued.

Kirby said the air strikes were needed because IS militants continued to launch attacks to try to retake the dam.

US airdrops supplies to thousands besieged in Iraq