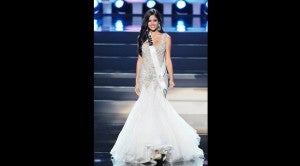 A runner-up of Miss Universe 2013 has admitted that she was in a lesbian relationship.

Patricia Yurena Rodríguez, 24, had posted on Wednesday in her Instagram account a photo with herself and Spanish DJ Vanesa Cortes, captioning it “Romeo and Juliet.”

“I don’t regret what I did because I am thrilled with what is happening to me now,” Rodriguez was quoted in Spanish newspaper La Opinión de Tenerife, which was translated by NBC News

“I published the picture completely spontaneously and in an impulsive manner. Thank you for all your support and most importantly that you are happy with my happiness,” Rodriguez said.