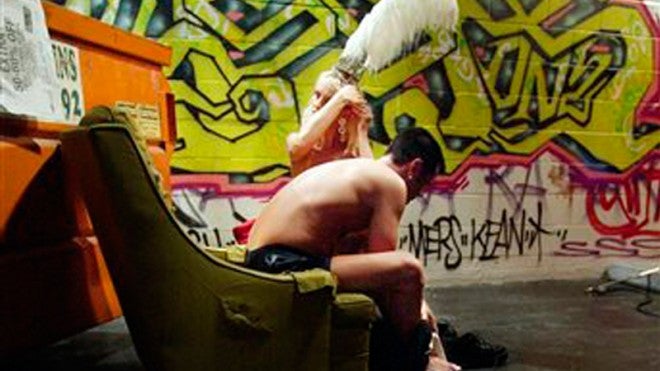 LOS ANGELES—The California advocacy group for the adult film industry has called for an industrywide production moratorium after a performer tested positive for HIV.

The Free Speech Coalition called for the moratorium Thursday.

The group’s CEO, Diane Duke, says the performer is undergoing additional tests to confirm the diagnosis, but the coalition is calling for the production halt in an abundance of caution. Such moratoriums aren’t binding but generally bring compliance within the industry.

The group didn’t release the name or any details about the performer.

Your subscription could not be saved. Please try again.
Your subscription has been successful.
Read Next
Another defective MRT train slows down further trips between stations
EDITORS' PICK
Omega Speedmaster super racing: Tiny device massive change
Fuel price rollback expected on Feb 7
House energy committee chair Arroyo bats for cheap electricity
Philippine-United States alliance ‘rock solid’ — DFA
Makabayan bloc blasts bid to expand US access to more military bases in PH
vivo Philippines offers a free bouquet of flowers and a premium necklace perfect for Valentine’s Day
MOST READ
Vice Ganda gets called out for ‘unfair treatment’ of ‘It’s Showtime’ co-host Karylle
Fuel price rollback expected on Feb 7
Kris Aquino gets ‘renewed confidence’ after consultation with new doctor: ‘I have a strong chance of getting better’
Pokwang tells self amid revelations on past relationship: ‘Bangon, nanay ka’
Don't miss out on the latest news and information.