The wife of Ferdinand “Enzo” Pastor is now considered as one of the primary suspects in the car racer’s murder, the police said. Video by Aries Joseph Hegina/INQUIRER.net

Why would anyone want to kill car racing champion Ferdinand “Enzo” Pastor? The answer may be closer to home, according to the police.

A day after the Quezon City Police District (QCPD) arrested businessman Domingo “Sandy” De Guzman III as the alleged mastermind in Pastor’s killing, its chief investigator said De Guzman and the victim’s wife Dahlia had an affair and that she was also considered a suspect in the June 12 attack on her husband.

De Guzman on Tuesday was caught in the act of giving a “bonus” to the alleged hired killer, a Pasay City policeman who was earlier arrested for drug peddling, the QCPD said.

“We are looking at a love triangle,” said Chief Insp. Rodelio Marcelo, head of the QCPD’s Criminal Investigation and Detection Unit (CIDU), when asked in a press conference about De Guzman’s motive for wanting Pastor dead. “We established that Dahlia and Sandy had a relationship.”

Director Benjamin Magalong, head of the Camp Crame-based Criminal Investigation and Detection Group (CIDG), said Dahlia “assisted in the planning” of the killing.

Angel, who was arrested Aug. 23 in a QCPD drug bust on Boni Serrano Avenue, Barangay Libis, pointed to De Guzman as the one who hired him to kill Pastor for P100,000, Marcelo said. The businessman was a family friend and his ex-wife was godmother to Angel’s youngest child.

After the policeman was detained and charged for selling 100 grams of shabu, the QCPD said it later received information linking him to the Pastor case.

“Angel executed an extrajudicial affidavit admitting his participation as the gunman in the plan [to kill Pastor] which was drawn up before Christmas and carried out in June,” Marcelo said.

Following Angel’s confession, De Guzman was arrested in an entrapment operation around 4:20 p.m. Tuesday at his auto shop on National Highway in Sto. Niño Village, Muntinlupa. 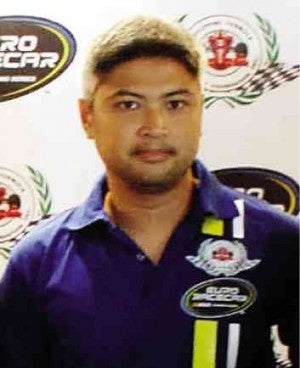 “We learned that [De Guzman] promised [Angel] that he would give him a bonus after Enzo’s death and that he asked Angel to go to his shop within the week,” according to QCPD homicide section chief Insp. Elmer Monsalve.

Angel, by then already working for the police, went to see De Guzman to collect his P50,000 bonus. “When De Guzman handed over the money, that’s when we arrested him,” Monsalve said.

Recovered from De Guzman were two pistols found inside his car. Ballistics examinations were underway to check if any of them was used in killing Pastor.

Marcelo said De Guzman, who was not presented during the QCPD press conference, had denied knowing both Angel and Dahlia.

A job for a ‘friend’

Angel, who spoke briefly with reporters, said that when he was hired to kill Pastor, De Guzman told him that he was doing it for his “friend” Dahlia who supposedly had been suffering beatings from her husband.

In the same press conference, Pastor’s parents Thomas and Remy said they were thankful for the arrests but were also “very much surprised and saddened.”

“We didn’t know it will turn out this way,” Thomas said, alluding to Dahlia’s alleged involvement in the killing.

The Pastor couple were accompanied by their lawyer Salvador Panelo, who cut in when the Pastors were asked if they knew De Guzman. “We’d rather not comment on that,” the lawyer said.

But Thomas conceded that “I didn’t know everything about my son’s actions or his personal problems at the time.”

Thomas said he last saw Dahlia when the family marked the 40th day since Pastor’s death. “We talked about their children (two sons aged 5 and 7) and about our business. After that, we never talked to each other again.”

“We do not know where Dahlia is right now. We suppose the children are with her,” Panelo said.

Monsalve said the police had checked Enzo and Dahlia’s residence in Magallanes, Makati City, but Dahlia and the children were no longer there. “We now consider her to be in hiding,” officer said, adding that the QCPD was also checking if she had already left the country.

The 32-year-old Pastor was driving a truck carrying a race car, with his helper Paolo Salazar as passenger, when they were ambushed by a motorcycle-riding gunman around 10:20 p.m. on June 12 at the corner of Congressional and Visayas avenues in Quezon City.

Pastor, who had just won a race in Batangas province and was on his way to another race in Clark, Pampanga, died of a gunshot wound in the head while Salazar survived a hit in the abdomen.

At the National Bureau of Investigation, however, Director Virgilio Mendez said the agency, which conducted a parallel investigation, was still gathering more evidence against Dahlia for her to be considered a suspect.

“We cannot at this time speak of the wife’s involvement with certainty, but more evidence are being obtained by our investigators,” Mendez told Inquirer in a phone interview.

But the NBI chief commended the police for De Guzman’s arrest. “He was also our principal suspect and I commend the police for his arrest, but when it comes to the victim’s wife, we are in the process of gathering more evidence. We are just being careful,” he said.

Zaldy Rivera, the NBI agent working on the case, said that aside from De Guzman and Angel, the bureau was looking at the involvement of eight more people in the plot.

Among the evidence so far gathered by the NBI were photos and e-mails exchanged by these suspects, Rivera added. With a report from Nancy C. Carvajal